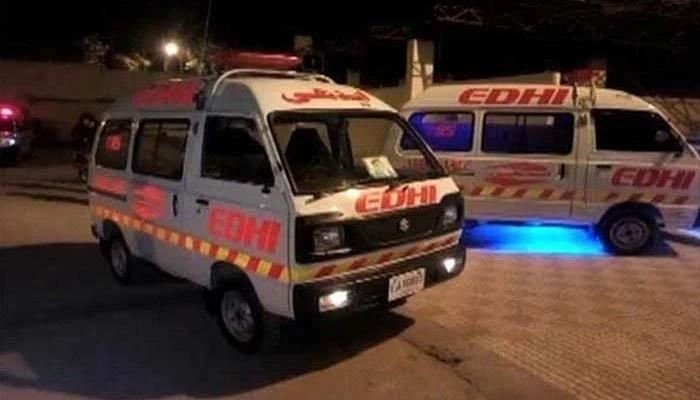 KARACHI: The city echoed with heavy gunfire on New Year’s Eve on Friday night claiming at least one life and leaving more than 15 people injured amid tight security arrangements and warnings from the authorities.

Karachi reverberated with gunfire and fireworks on Friday night, despite a restriction on celebratory firing.

Though the authorities had warned of attempted murder charges against the violators, the number of casualties this time was higher than the previous year, when only four individuals were injured in the city.

According to hospital reports, a total of 18 people were taken to hospitals after being struck by stray gunshots.

An 11-year-old boy succumbed to his injuries while undergoing treatment in Khwaja Ajmer Nagar, police said.

Six were transferred to the Jinnah PostGraduate Medical Center in Korangi, four to Abbasi Shaheed Hospital, three to Civil Hospital, and two to Sindh Government Hospital.

Iqra, a 10-year-old girl who was injured by a stray bullet near Kohistan Chowk in North Nazimabad, was among the injured.

Haris, 14, was shot near the Ghaas Mandi area in the Napier neighbourhood.

One of the bullets also hit President Muhammad Rizwan of the Electronic Market Association’s car. However, he remained unhurt.

New year merrymakers flocked to different locations throughout the city to ring in the new year.

The entire night, the city was filled with blaring car horns and racing motorcycle riders.

Additionally, fireworks and crackers contributed to the thrilling environment.

Police and Rangers were seen busy snap checking and monitoring the roadways in an attempt to avert any big adverse occurrence.

According to the police, cases have been registered on complaints of aerial firing, and arrests are likely around Karachi on New Year’s Eve for aerial firing.