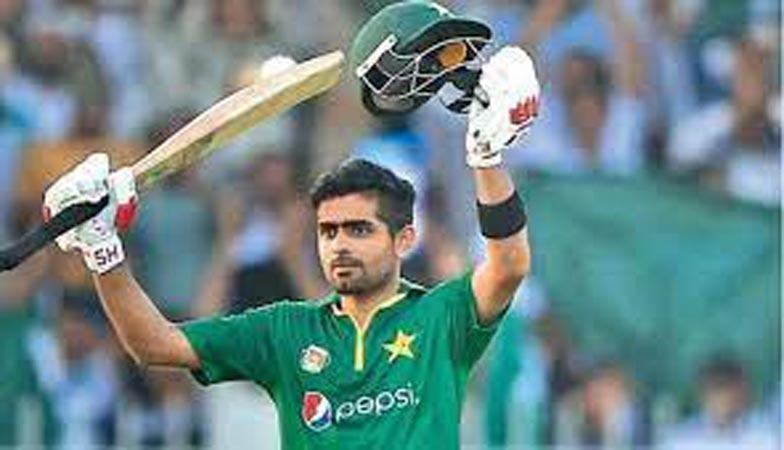 LAHORE: The International Cricket Council (ICC) on Thursday unveiled nominations for its ODI Player of the Year award, with Pakistan skipper Babar Azam one of four contenders for the accolade. The national skipper scored 405 runs in six matches in the outgoing year at an average of 67.50 with two centuries in the 50-over format. Alongside Azam, Bangladesh’s Shakib Al Hasan, Ireland’s Paul Stirling and South Africa’s Janneman Malan have been named as contenders for the award. Last year, India’s Virat Kohli had bagged the ODI Player of the Decade for his standout performances in the previous 10 years.

Describing Azam as the “top-ranked batter”, the ICC said the Pakistan skipper played only six ODIs in 2021, “but he made vital contributions” in both the series his team played this year”. With the nomination, the ICC also posted a video recap of Azam’s feats in 2021 and titled it “Babar Azam: pride of Pakistan” The global cricket body said Azam was the second-highest run-scorer with 228 runs and was the player of the match in both of Pakistan’s wins in the 2-1 series victory against South Africa in April 2021. “He was the architect of Pakistan’s chase of 274 in the first ODI with a century and laid the foundation with an 82-ball 94 in the final ODI where the visitors posted 320 batting first.

Memorable performance: According to ICC, Azam’s best performance in 2021 came in the third match of the three-match ODI series against England in July, with the previous two games already triumphed by the English side. In the July 13th game, Pakistan, while batting first, had posted 331 with Azam scoring close to 50 per cent of the team’s runs. With the milestone out of the way, Azam exploded in the death overs and almost batted through the innings, getting out in the last over for 158, his highest-ever ODI score, said the ICC. The game had ended with James Vince and Lewis Gregory stealing the show with a stunning 129-run stand for the sixth wicket as England chased down the total down with two overs to spare.