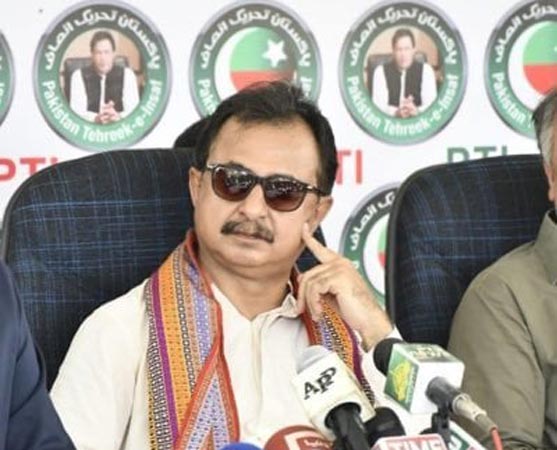 Leader of the Opposition in Sindh Assembly, Haleem Adil Sheikh, Wednesday, announced to issue a white paper on performance of PPP government particularly details of legislation by the provincial assembly since 2018 and status of implementation by Sindh government on 82 acts passed during the tenure.

He, while addressing a press conference at Sindh Assembly building, said that the white paper would be issued on December 31, 2021 so that masses could see the real face of PPP and could know, who the real beneficiaries of that legislation were and how the assembly was used for benefit of a specific group of people?

State of implementation on law was evident from the fact that innocent victim of a firing incident Hurmain lost her life despite of promulgation of the Sindh Injured Persons Compulsory Medical Treatment (Amal Umer) Act 2019, he noted.

“Another law regarding mandatory use of auto lock syringes was enforced in Sindh but at the same time we see thousands of children suffering from HIV/AIDS in the province only because of lack of implementation on the law, Haleem maintained.

List of PPP’s black deeds was very long and their nature was so dark that white paper would appear black and it could rightly be named as a black paper, he opined adding that Sindh Local Government Act 2013 was another example of anti people legislation that undermined fundamental human rights and violated constitution of Pakistan.

He said that PTI and other opposition parties were protesting against the black law and they had moved the courts in the regard. PPP Sindh government also attempted to bring an ordinance to regularize vast scale land grabbing and illegal constructions but that was turned down by Sindh Governor, he said adding that “We will do our utmost to resist the ‘Zardari system’ in Sindh.”

Murad Ali Shah government was also vying for introducing provincial police cadre and it was learnt that summery in this regard would come under consideration in next meeting of Sindh cabinet, Haleem alleged adding that police in the province has become contract killer and numerous cases of police transgression were surfacing.

Killing of citizens by Joharabad police was its recent example, he added.

He said that Murad Ali Shah and his cabinet members who always used Sindh card to cover up their corruption and negligence did not find a suitable person from Sindh to head Shaheed Zulfiqar Ali Bhutto University of Law (SZABUL) and they appointed Rana Shamim as its Vice Chancellor on exorbitant salary of Rs 3 million.

A person who had taken law in hand and was under allegation of contempt of court was heading a law university in Sindh, he regretted and demanded removal of Rana Shamim from the meritorious post.

Referring to issue of Nasla Tower, Haleem Adil Sheikh said that FIR was registered against officers of Sindh Building Control Authority and FIA was conducting raids for their arrest but it was necessary that real culprits be brought to justice.

Haleem Adil said that former SBCA head Manzoor Kaka was being named in Nasla tower issue but it was pertinent to find that who appointed Mr Kaka in SBCA and where the black money of bribe and kickbacks was channeled to?

He said that compensation to affected residents of Nasla Towers should be paid from accounts of all the involved persons who had made Karachi a jungle of concrete.

Terming the Karoonjhar range as an asset of cultural, historical and ecological importance Haleem Adil Sheikh demanded that Karoonjhar range should be declared as a national park for conservation of fauna and flora found there as well as protection of beautiful mountain range having enormous potential of tourism.

Leader of Opposition also hailed Prime Minister Imran Khan for constituting joint investigation team to probe into murder of Nazim Jokhio. He said that instead of conducting fair investigation Sindh police was trying to protect the culprits like many other cases.