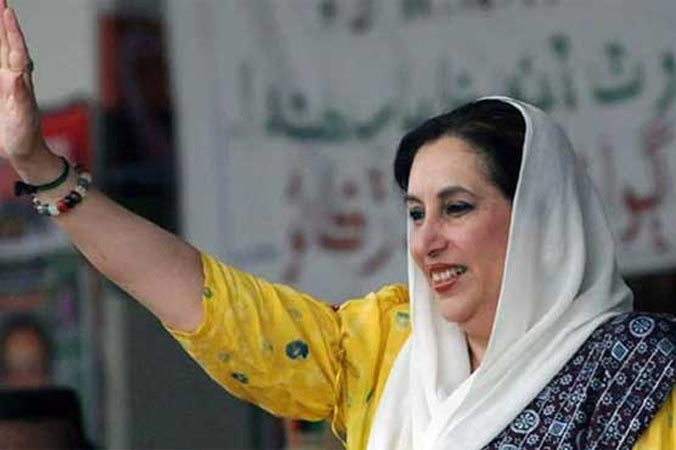 Despite a lapse of 14 years, the mystery surrounding the assassination of former prime minister Benazir Bhutto could not be solved, and the case is still pending in the Lahore High Court’s (LHC) Rawalpindi bench, a private TV channel reported.

At least 20 party workers were killed and 71 others were seriously injured in the attack on the former premier. In the aftermath of the incident, four inquiries were conducted into the high-profile case with the police joint investigation team (JIT), the Federal Investigation Agency (FIA), the United Nations (UN) and Scotland Yard striving to solve the matter. However, these inquiries and investigations yielded no results as the Bhutto family did not pursue the case in the special anti-terrorism court (ATC), the TV channel reported.

A total of 12 challans were filed in this case, 355 appearances were recorded, 10 judges were changed and 141 witnesses, including 68 prosecution witnesses, testified. 16 people were accused in the case, but only eight of them were arrested. The main accused, Taliban commander Baitullah Mehsud, was killed in a drone strike. Five other accused – Nadir Khan alias Qari, Nasrullah, Abdullah alias Saddam, Ikramullah, Faiz Muhammad Kaskat – were also killed in encounters with intelligence agencies at different places.

The suicide bomber who attacked the former prime minister was identified as Saeed Blakel, who died in the blast. The police arrested five accused Aitzaz Shah, Sher Zaman, Rashid Ahmed, Rafaqat and Hasnain Gul, and dumped the debris on them.

On August 31, 2017, Judge Muhammad Asghar Khan of the special ATC pronounced the verdict in the Adiala Jail after nine years, acquitting five accused, and declaring Musharraf as a fugitive on absenteeism, and issued permanent arrest warrants, besides confiscating his movable and immovable property.

Meanwhile, police officers – deputy inspector general (DIG) Saud Aziz and SP Khurram Shehzad – were sentenced to a total of 17 years imprisonment and a fine of Rs1 million each for destroying evidence and breach of security. However, three months later, the high court suspended the sentences and released the two officers from jail. The CPO is now retired while the SP has now been promoted to the rank of DIG.

Appeals of the accused and plaintiffs have been pending in LHC’s Rawalpindi bench for over four years, and are expected to be heard in the last week of February 2022.

Former president Asif Ali Zardari has filed an appeal in the high court against the acquittal of the five accused in the case, and has sought to increase the sentences of both the police officers and to initiate trial against Musharraf in his absence.

The three acquitted accused Aitzaz Shah, Sherzaman and Rafaqat have been released from jail. Meanwhile, two accused Rasheed Ahmed and Hasnain Gul are still locked up in Adiala Jail on various charges.