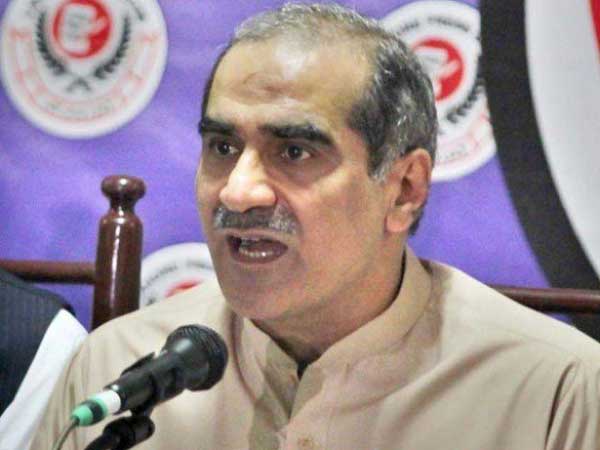 Pakistan Muslim League Nawaz (PML-N) leader Khawaja Saad Rafique has said that his party needed to take the first step towards ending the ‘political witch-hunt’ after coming into power for the sake of country’s stability and prosperity, a private TV channel reported.

“If we want to protect the country of Quaid-e-Azam and want to stabilise the country of 220 million people, then we have to end the practice of settling scores,” said the PML-N lawmaker while addressing a party gathering in Lahore on Saturday. “You will come into power… PML-N will form the government but then don’t take revenge and rule the country according to the constitution,” he said in a message to the party leadership.

Citing an example, Rafique said PML-N supremo Nawaz Sharif during his last tenure as prime minister of the country refused to take any action against his political opponents over corruption complaints from PML-N members. “Nawaz Sharif told the party workers that it was not his job to hold people accountable institutions are there to punish them,” he added. While extending an olive branch, the PML-N leader said he was not in favour of ‘eliminating’ any political party including the ruling PTI. He urged the incumbent government to maintain a working relationship with all political parties to run the affairs of state smoothly and bring stability to the country’s economy. The opposition party leader admitted PML-N also made many mistakes during its stints in power but added that it learned from them and never repeated them.

A day earlier, Prime Minister Imran Khan said that it was regrettable that the bar association of the top court was willing to help end the disqualification of ex-PM Nawaz Sharif, regretting that the acceptability of corruption was increasing in the society. Chairing a spokespersons meeting, the premier had said that political circles were abuzz with speculations about ending PML-N supremo Nawaz Sharif’s sentence. “How can the sentence of a convicted person be overturned,” a participant of the meeting had quoted him as saying. Reports said the premier has tasked the party spokespersons to highlight the corruption and incompetence of the previous periods.