PM materializing public dream to get their own home: Farrukh 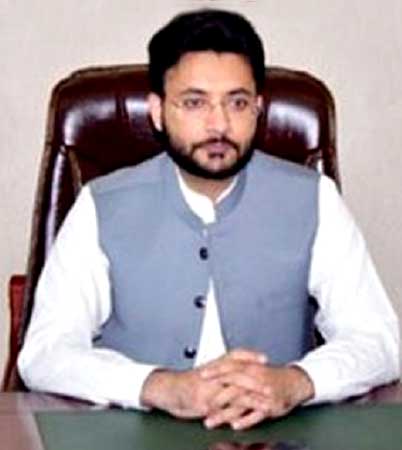 Minister of State for Information and Broadcasting Farrukh Habib on Friday said Prime Minister Imran Khan was materializing public dream of getting their own home.

He said it was first time in the history of Pakistan that the banks has approved loans over Rs100 billion for the applicants of low-cost housing scheme ‘Mera Pakistan Mera Ghar’. People can become owner of their own home by paying easy monthly installments in 10-20 years.

Federal Minister for National Food Security and Research (NFS$R), Syed Fakhar Imam here on Friday paid rich tributes to Quaid-e-Azam Muhamamd Ali Jinnah and said that the Father of Nation succeeded in his endeavors due to hard work and continuous struggle.

Addressing a conference organized to commemorate the great leader on his 146th birth anniversary, the federal minister said that Muhammad Ali Jinnah was not only successful in political life but also in his personal life.

He said that creation of Pakistan was the proof of his success in political life despite the fact that the idea was not only opposed by the British people but the Indian Congress was also against it.

On the other hand, when we look into his personal life, he had earned good fortune for himself due to hard work and untiring efforts. His hard work enabled him to make assets in Mumbai, Delhi, Simla, Karachi and Lahore, the minister added.

The minister said, the great Quaid-e-Azam was a role model, particularly for the people of subcontinent.

Talking about Kashmir, the minister said that the struggle that had started in 1931, when 22 youth were martyred by Dogra forces, was continuing till date.

He said that inclusion of Muslim majority Gurdaspura district in India and later on the fabricated instrument of accession document paved way for Indian occupation of Kashmir.