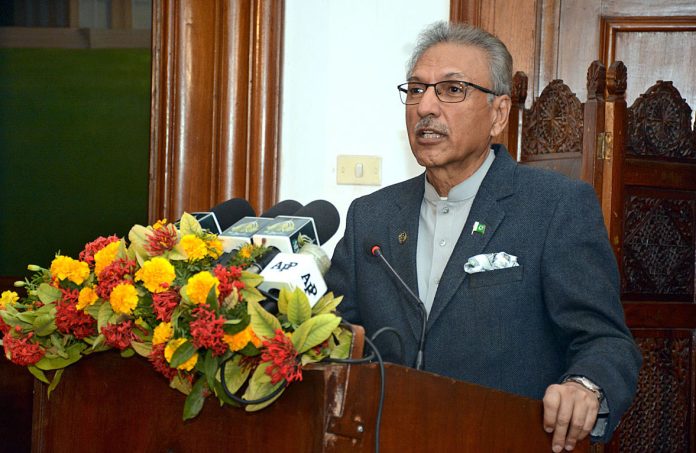 ISLAMABAD: President Dr Arif Alvi while accepting the representation of a woman entrepreneur from Sialkot, directed a private bank to pay her the Local Taxes and Levies Drawback (LTLD) worth over Rs 3.73 million and report compliance to the Banking Mohtasib within 60 days.

According to the details, the complainant Shabnum Asif, a woman entrepreneur running a shoe export industry in Sialkot, had submitted LTLD cases to the authorized dealer i.e., the United Bank Limited’s SIE Branch, Sialkot during January, June and September 2018 for the year 2017-18 amounting to Rs 1.8 million which were duly received by the Bank’s Trade Officer.

Mrs. Asif was never informed about any discrepancy by UBL or the State Bank of Pakistan (SBP) regarding her pending cases despite regular follow-ups.

On February 17, 2018, she was informed about seven case files that were discrepant, however, she was not provided with any details.

She instantly resubmitted the files to the bank, after which the bank authorities intimated that the pending cases had been “time-barred” and advised her to re-submit the files but the SBP refused to consider the cases as being time-barred.

Mrs. Asif, then, approached the bank to compensate the full amount of their refund i.e Rs 1.86 million and consequent increment of Rs 1.86 million which came to Rs 3.73 million in total, but without any result.

Afterward, the matter was taken up with the Banking Mohtasib for the redressal of the grievance which passed the order that since the bank had taken up the matter with concerned authorities no further action could be contemplated, therefore, the case had been closed and consigned to record.

Feeling aggrieved, she filed a representation with the President to seek justice.

After perusal of the record, President Dr Arif Alvi accepted the representation of the complainant on the grounds that she had followed the due procedure for submission of LTLD claims and the bank had admitted to having received the case files on time, and some of which were later displaced from the bank’s possession.

He observed that due to the negligence on the part of the bank, the complainant’s claims were deemed “time-barred” and the bank vide its letter, dated 16.07.2020, admitted that the customer submitted LTLD cases for onward transmission to the SBP through the Trade Processing Centre (TPC).

The President expressed displeasure over the fact that the bank had been assuring verbally to resolve the matter since 2018 but still was not ready to give written assurances as to when the matter would be resolved. The President ordered that since it had become abundantly clear that the complainant suffered due to the inefficiency and negligence of the bank, which was tantamount to maladministration, therefore, the representation is accepted with the directions to the bank to compensate the complainant with full amount forthwith, and report compliance to the Ombudsman within 60 days.