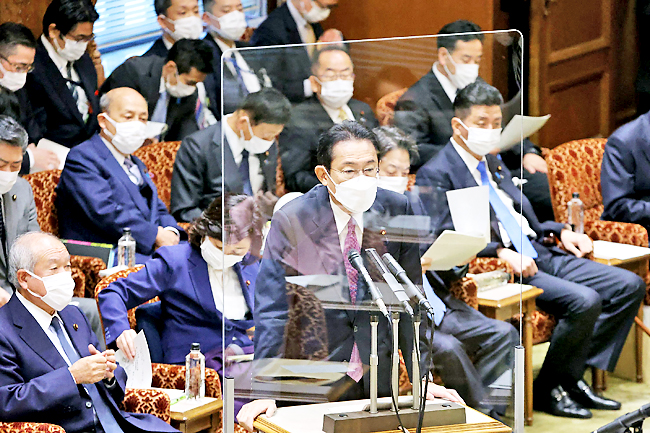 Cabinet ministers approved a draft national budget of a whopping 107.6 trillion yen ($940 billion) for the 2022-23 fiscal year, including 5.4 trillion yen for defence. Both figures have been increasing steadily for a decade as the cost of caring for an ageing population rises and the country seeks to boost its military capability.

And although Japan has never imposed a strict virus lockdown, months of restrictions targeting nightlife and tourism have taken a toll on the economy something Prime Minister Fumio Kishida has tried to combat with hundreds of billions of dollars in stimulus spending.

The defence ministry said the regional security situation was becoming “increasingly severe at an unprecedented speed”, noting challenges posed by China and North Korea. Its draft budget includes 127.8 billion yen for the purchase of 12 F-35 fighter jets, and aims to boost “capability in new areas such as space, cyberspace and electromagnetic waves”.

The ministry also said it would seek a record $6.7 billion in additional defence spending in the current financial year. If the additional spending is included, the size of the so-called “16-month budget” from this month through March 2023 would be a rise of six percent compared with the same period a year earlier, it said.

Japan’s latest bumper budget comes as some economists warn of the risks of increasing the country’s enormous public debt load, which amounts to more than 250 percent of GDP according to the International Monetary Fund.