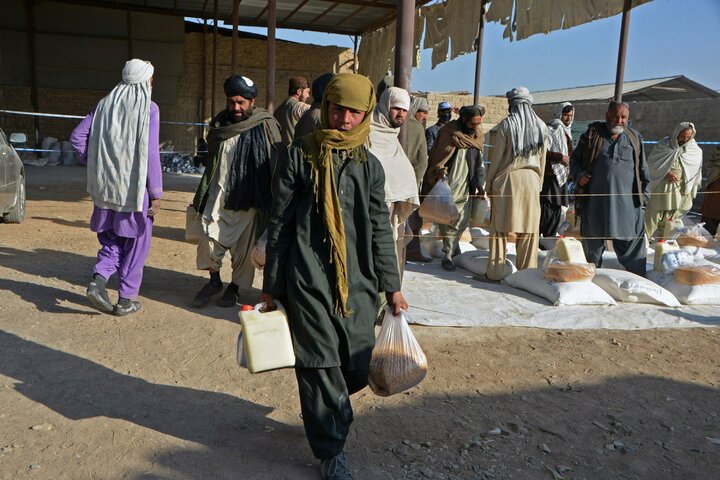 BERLIN: Germany’s new foreign minister, Annalena Baerbock, pledged on Thursday to work with international partners to help avert in Afghanistan what she called “the worst humanitarian catastrophe of our time”.

Outlining an “action plan” two weeks after taking office, Baerbock said Berlin sought to assure that outside aid reached the neediest Afghans and step up the evacuation of those most threatened under the Taliban, especially women and girls.

“Before our eyes, Afghanistan is heading into the worst humanitarian catastrophe of our time,” Baerbock told reporters.

“Major sectors of the economy have collapsed, many people are starving. One can hardly bear it when one reads that families in their desperation are selling their daughters to buy food.”

She said 24 million Afghans were estimated to need assistance to survive this winter.

“We cannot allow hundreds of thousands of children to die because we don t want to take action,” Baerbock said.

Berlin would “seek ways with our international partners so that humanitarian aid arrives in the country and bring those particularly in need of protection out of the country”.

Baerbock said such efforts were also aimed at “preventing further destabilisation on the ground”.

Some 15,000 people who Germany had agreed to take in at the end of its two-decade long military engagement were still in Afghanistan awaiting evacuation, she said, adding that helping them leave was of the “highest priority” for Berlin.

This would include redoubling efforts to assure safe passage via neighbouring countries.

Central to these efforts would be the United Nations, whose Security Council on Wednesday unanimously adopted a US-proposed resolution to help humanitarian aid reach desperate Afghans, while seeking to keep funds out of Taliban hands.

Since the Taliban swept back to power in August, billions of dollars in aid and assets have been frozen by the West in what the UN has described as an “unprecedented fiscal shock” to the aid-dependent Afghan economy.