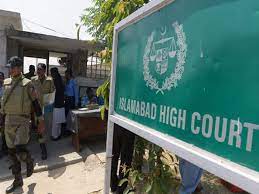 ISLAMABAD: A session court in Islamabad has dismissed the Federal Investigation Agency’s (FIA) request for the physical remand of a cop accused of spying and sentenced him to prison.

After his 10-day physical remand, the suspect, Assistant Sub Inspector (ASI) Zahoor Ahmed, was brought before the session court.

The lawyer representing FIA sought an extension in the physical remand of Zahoor Ahmed to further probe him however the suspect’s counsel argued that the FIA had recovered whatever it wanted from the spot.

The court while accepting the argument, rejected the FIA’s plea and sent the cop to jail.

It is pertinent to mention here that the FIA has arrested Zahoor Ahmed on charges of espionage and blamed him for providing secrets of the country to an official of an embassy.

He remained in the custody of the FIA for physical remand of 10 days and the agency claimed to have recovered a USB and other materials from his possession.

Previously, the Federal Investigation Agency (FIA) arrested another member of a sleeper cell of the Indian spy agency, Research and Analysis Wing (RAW).

“ASI Musawwir Naqvi, an official of special branch police, is a key member of a RAW sleeper cell,” FIA officials said. Accused ASI was on duty at surveillance unit at Karachi airport, officials said. The accused was recruited by Sindh Police in the year 1991.

The accused allegedly travelled to India in 2008 to receive training for subversive actions, according to FIA officials. According to FIA sources, accused ASI Musawwir Naqvi was involved in aiding his accomplices at the airport, as well as targeted executions and terrorism.

Officials said that the arrested officer was a member of the MQM’s London group.