Rupee slides further down to 178.15 against dollar 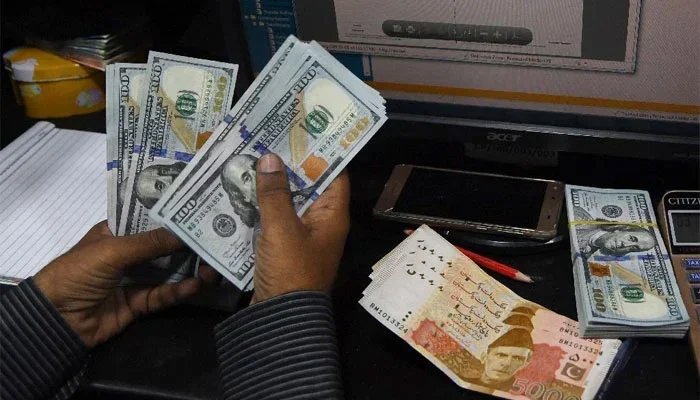 KARACHI: The Pakistani Rupee reached a new record low on Wednesday, selling at 178.15 against the dollar in the interbank market to continue a slide that has seen it lose nearly 26% since May.

On Tuesday, the local currency recorded a minimal decline of 0.01% against the US dollar due to the widening current account deficit. The rupee has maintained the downtrend for the past seven months. It has lost 16.99% (or Rs25.88) to date, compared to the 22-month high of Rs152.27 recorded on May 14.

With a fresh decline of 0.06%, the rupee has depreciated by 13.08% (or Rs20.61) since the start of the current fiscal year on July 1, 2021, data released by the central bank revealed. Earlier, analysts had predicted that the rupee would likely extend losses in the days ahead as demand from importers for payments and slow inflows from exporters take a toll.

A foreign exchange dealer said: “We anticipate the rupee to remain on the back foot next week, as a decline in the foreign exchange reserves due to rising imports and foreign debt-related outflows remains a drag on sentiment.” It seems that until the end of the month, the demand for hard currency from importers will continue, especially from the energy sector, which will impact the rupee.

“Inflows from exporters remain sluggish as they expect the rupee to depreciate more in the days ahead,” he added.