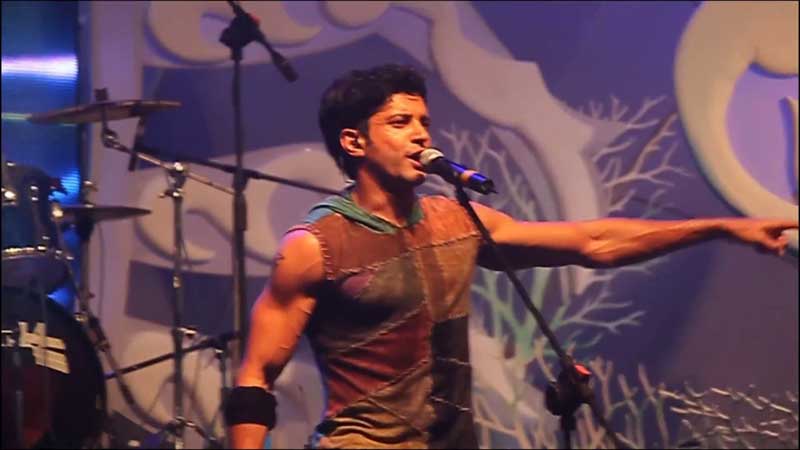 Bollywood actor Farhan Akhtar won over hearts of his millions of fans after he gave a high-energy stage performance in Goa on Saturday.

The Bhaag Milkha Bhaag star, who is currently busy performing live gigs in Goa, shared a video from his recent concert on his Instagram.

In the shared clip, the crowd can be seen going gaga over his killer vocals. Many of his fans could be seen cheering for Farhan saying, “Rock On..Rock On.”

During his performance, the crowd cheered “We love you,” to which he responded, “I love you all,” and then starts singing Dil Chahta Hai’s title song.

Within no time, the video received thousands of likes and hearts from his fans all over the world.

Earlier, the Dil Dhadakne Do actor also shared a bunch of pictures from his Goa performance and captioned it, “First live gig in almost 3 years and it couldn’t have been a more perfect place to begin again.

Thank you Goa..!! For the love and the energy. You made it memorable .. big big hug .. see you next time.” Apart from his concerts, Farhan is all set to return to the director’s chair with Jee Le Zaraa. The film will be a road trip tale starring an all-female cast of Priyanka Chopra Jonas, Katrina Kaif and Alia Bhatt.