No deal until PTI govt is sent home 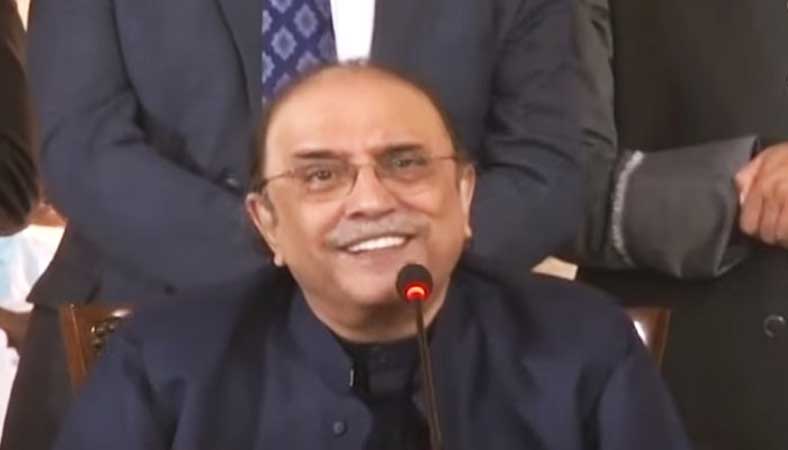 PPP Co-chairman and former president Asif Ali Zardari Monday said repeated ‘experiments’ had thrown the country into turmoil – a veiled reference to the federal government led by Prime Minister Imran Khan. Speaking to the media in Nawabshah, Zardari said only his party had the capability to manage the country’s affairs adding that the PPP had successfully handled every challenge in its past tenures. “First, let go of these rulers and then talk to us. Then we will show you how to run this country,” Zardari said.

“We ended the crisis within a year of coming into power and started exporting these items,” he maintained, says a news report. “Whoever comes against the people’s power, whether he is Sardar or Mir or Pir, everyone should remember that the people’s vote is ours and the time to come belongs to the PPP.” In a statement a fortnight ago, Zardari had warned that some foreign elements were conspiring to disintegrate Pakistan.