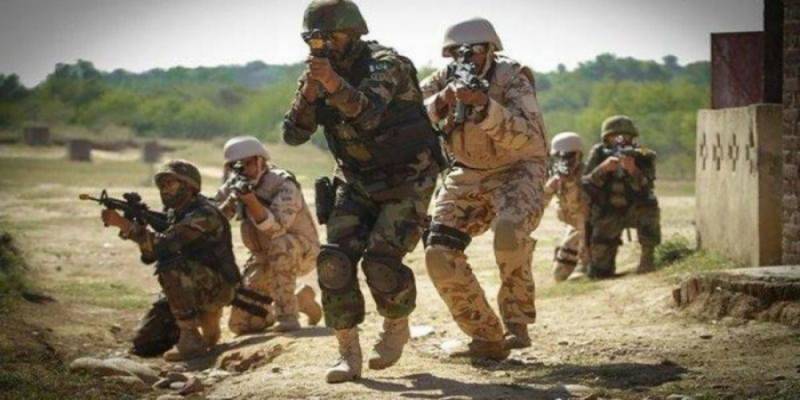 PESHAWAR: Three suspected terrorists were killed in Peshawar on Monday during a joint operation by the Counter-Terrorism Department (CTD) and police.

The operation took place in the Faqirabad police station’s jurisdiction.

The police relayed that terrorists, on seeing the personnel, opened indiscriminate fire on them and in the ensuing shootout, three militants were killed.

The killed terrorists were involved in heinous crimes, including the targeted killing of security forces and other acts of terrorism, the police said.

One of the terrorists was identified as Suleman, who hailed from Bajaur while the identity of the rest is yet to be ascertained. Arms and ammunition were seized from their possession.

According to the Inter-Services Public Relations (|SPR), security forces killed terrorist commander Ghafoor alias Jaleel during an Intelligence Based Operation (IBO) in the Bajur area of Khyber Pakhtunkhwa on December 18.

The commander has been involved in numerous terrorist acts and was a close acquaintance of Moulvi Faqir Muhammad. One soldier was also hurt during a firefight, according to the report.