Yashma shines as ‘Bebaak’ kicks off to an interesting start 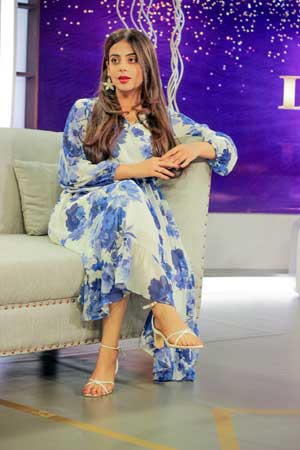 Hum TV’s new drama serial ‘Bebaak’ starring Yashma Gill and Ali Ansari hit the airwaves this week and kept us engaged throughout. Since the drama’s teasers were released, our interest had peaked up regarding the serial and we were waiting eagerly for it. As the first episode went on air, it made a promising start and the next couple of episodes further made us look forward to what the story had in store for us. Directed by Mohsin Talat, written by Abdul Khaliq Khan, and produced by Moomal Entertainment and Momina Duraid, the drama is an engaging tale of a young girl who aspires to be successful and rich at any cost. Born in a poor family, Wafa earns a scholarship to one of the leading universities of the city and impresses everyone with her beauty and brains. Her father is a gambler while her mother is a teacher trying to make both ends meet but Wafa is least cared about her mother’s struggles and poses herself as a rich girl at her university.