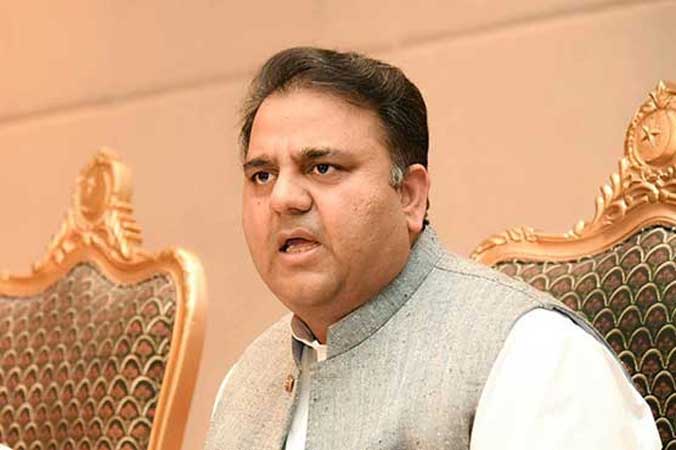 Federal Minister for Information and Broadcasting Fawad Chaudhry Tuesday said the government is ready to provide Electronic Voting Machines (EVMs) to the Election Commission of Pakistan (ECP) and urged it to issue a tender for the machines.

Addressing a press conference after a meeting of the federal cabinet, he said the ECP should issue a tender carrying all the requirements and conditions needed for holding the next general elections through EVMs. Referring to the correspondence between the ECP and the Ministry of Science and Technology, the information minister said the government had informed the electoral body that the demonstration of the developed prototype of EVM was given to the commission on April 17 and later to the secretary ECP on November 15. “To our understanding, the ECP has approved the machines and the science ministry is ready to supply them,” he added.

The minister recalled that the talk about holding elections via EVM first started in 2012 under the PPP government and, subsequently the PML-N government directed the ECP in 2017 to take practical steps for making it a reality. The cabinet was given a detailed briefing on the schedule regarding delivery and use of EVMs at all polling stations in the country and training of staff.

The cabinet expressed its firm resolve to hold the next elections through EVMs after the implementation of laws regarding electronic voting machines and voting rights to overseas Pakistanis.

On Tuesday, the cabinet welcomed the ECP’s decision to use EVMs in the local body elections in Islamabad. Later, replying to a question, the minister said obtaining 4,000 machines was not a problem for ECP, as it would get them as soon as it issued a tender. Fawad warned that the country will have no gas in the coming years, as the resource was depleting fast. He said for the last two years gas was depleting by 9 percent annually. “Gas is available in big cities to 23pc people at subsidised rates and its burden is being borne by 78pc people in other parts of the country who rely on LPG, coal and other means,” he said.

He urged that the people getting gas at cheaper rates in big cities should now change their habits. “This trend will not continue for long anymore”. He said the government would have to restructure its gas system to ensure equal supply to everyone. The minister said uninterrupted supply of gas to industries had also resulted in sizable urea production.

He also informed that a Sugar Sector Reform Committee report was being released containing several proposals, including its deregulation, to minimise the government’s role in price-fixing. “The report will now be available for public debate before any final decision is taken,” he added. Fawad said the State Bank of Pakistan had sought a six-year extension for replacement of currency notes of Rs10, 50, 100 and 1,000, however, the cabinet granted only a 12-month extension. “Those who want to get currency notes changed should get it done in a year,” he added.

The minister said the cabinet had nominated federal ministers Asad Umar and Zubaida Jalal to visit the Gwadar port city on behalf of the premier and try to resolve the matter with the protesters. “They will talk to the protesters as the prime minister has already taken notice and ordered resolution of the issue,” he said. Fawad said the sugar sector reforms committee would be releasing its comprehensive report on Tuesday to get suggestions of all the relevant stakeholders to reform the sector.

“One of the main proposals of the comprehensive report released on Tuesday has called for deregulating the sugar sector. It also suggests ending the government’s role in price fixation and subsidy [on the sweetener], and [said] only the crushing season would be enforced by the government,” he said. As of now, he said the policy was being sent for public debate spanning over three weeks so that all the stakeholders could review the document and gave their suggestions. The report was prepared by the committee formed by the government to reform the sugar sector.

On humanitarian grounds, the cabinet decided to further ease the process of obtaining Pakistani visas for Afghans. After this decision, the security clearance required for obtaining a visa has been reduced from 30 days to 15 days.

The meeting also decided to further facilitate the registration process of international NGOs working for the welfare and assistance of the Afghan people. Facility for Afghans immigrating to other countries through Pakistan has been extended for another 60 days. Fawad said, adding the facility includes travel by land and air routes.