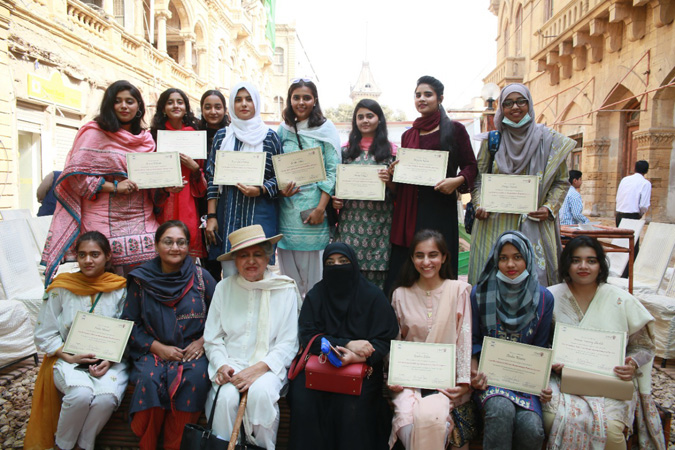 Heritage Foundation and the International Network for Traditional Building, Architecture and Urbanism (INTBAU) Pakistan organised a certificates distribution ceremony for students who participated in the on-campus construction of LOG and award-winning Chulah.

The project was carried out under the initiative for Empowerment and Dignity for Women through Built Environment Interventions.

The event was held at Denso Hall Rahguzar, the zero-carbon enclave created by Yasmeen Lari, CEO Heritage Foundation. The dual-purpose event also celebrated the honorary doctorate conferred upon architect Yasmeen Lari by University of Milano – the first honorary degree awarded by the university to a female architect in 158 years. 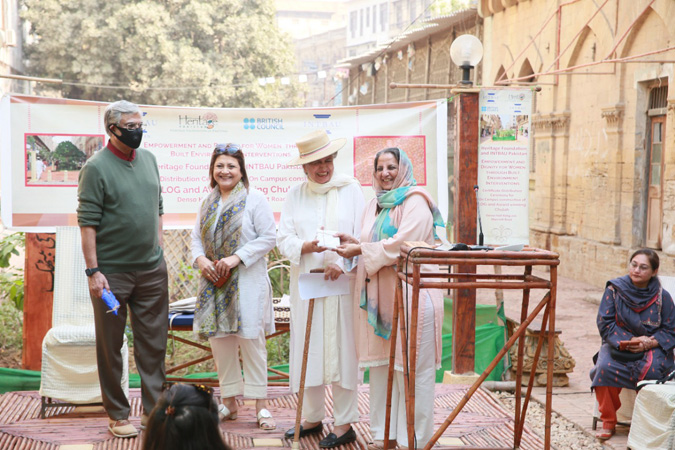 A student representative from each of the three universities that participated in the workshop – Dawood University of Engineering and Technology, NED University of Engineering and Technology and University of Lahore – then spoke about their experiences. VP, IAP, architect Bisma Askari and chairman PCATP, Arif Changezi both expressed their delight at the work being done by young students and the hope that they would continue the work started by Lari. AC Michelle shared the arduous journey that Lari had to undertake to achieve the results she has at the Rahguzar and the role the city administration had played to support her efforts.

After certificates were distributed to all the students, Murad Jamil, Hon. Advisor INTBAU Pakistan addressed the audience. He mentioned that three female students who had been part of the workshop had been selected by their respective universities to receive scholarships to London in March for the INTBAU Conference, two of whom had been sponsored by INTBAU Pakistan, and one by INTBAU. Cheques of 50k each were also given to participating universities. He also spoke at length about the accomplishments of the first woman architect of our country, Yasmeen Lari, and the singular honour that she had received recently, doing Pakistan proud. He suggested that the name of Marriott Road should be changed to Yasmeen Lari Road, keeping in mind her contribution to its transformation.

The honorary degree that had been presented to Lari in Milan was then re-presented to her by all her colleagues and faculty members after which she gave her concluding remarks and thanked everyone for their contribution. Mementos were distributed to all the stakeholders.