Skipping US democracy summit a ‘mistake’ by Pakistan: Bilawal 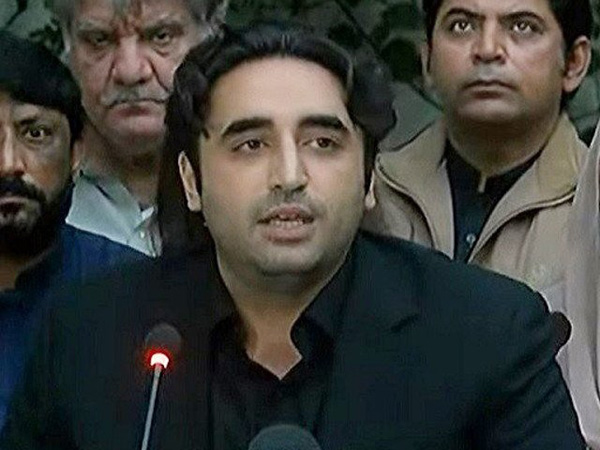 He said this while addressing a news conference in Karachi. The amended local government bill was passed by the Sindh Assembly on Saturday amidst the opposition’s protest. Another crucial and related development was the handover of the Sindh Solid Waste Management to the metropolitan/municipal corporation mayors, say media reports.

The opposition parties – including Muttahida Qaumi Movement (MQM), Pakistan Tehreek-e-Insaf (PTI) and Jamaat-e-Islami (JI) – strongly criticised the new law, which they claimed would deprive the people of urban centres of their rights.

Bilawal said the PPP always raised “Pakistan Zindabad” slogan unlike others who chanted anti-Pakistan slogans – a veiled reference to the MQM.

“I’ve always seen you involved in terrorism ever since I was born,” he said, adding, “Those who’re calling our local bodies bill a black law will have their faces blackened”.

Bilawal alleged that former Karachi mayors, including Mustafa Kamal and Wasim Akhtar, did nothing for the city but destroyed its peace.

“The opposition parties are losing their senses over the PPP’s local bodies’ law. Now, no bat or any other slogan will work… it is time for the slogan of the arrow to rule.”

According to him, the PPP was progressing in Lahore.

“The people of large cities of the country are looking towards the PPP and they intend to vote for us,” he claimed, adding that Sindh Chief Minister Murad Ali Shah’s statement is being deliberately taken out of context which is ‘condemnable’.

Bilawal said his party’s government had transferred maximum powers to local government divisions and “this is why people want to give us an opportunity to serve them”.

He added that those who criticised the local bodies law could do so, but it was not their right to lie about it.

Bilawal further said the PPP had made all departments subordinate to the local government. He claimed that the provincial government had devolved more powers to LGs compared to Mustafa Kamal era.

He said the PPP Co-chairman Asif Ali Zardari was the strongest civilian president in the country, yet he devolved more powers to the grass-root level.

“He devolved the municipal and political powers to the local bodies’ representatives.”

“We reject the health card of the federal government,” Bilawal said, adding, “It is tantamount to a burglary on the government hospitals.”

He added, “Show me one hospital in K-P and Punjab that’s on par with Sindh’s NICVD [National Institute of Cardiovascular Diseases].”

Responding to a question from a reporter, Bilawal said Pakistan should not have skipped the US-hosted virtual summit on democracy.

He said Pakistan was not in a position to “deprive” itself of any forum.

“Even if an ally raises objections, we can raise their views and our views [at the forum] but we should never cede space.” Bilawal said in his opinion it was a “mistake” at a foreign policy level.

“Look at the state of these hospitals,” he said, adding that the provincial government will now look after them.

“We believe in 100pc free healthcare. Our hospitals are working on providing the poor with healthcare facilities that are on a par with the international standards.”

Bilawal said PM Imran, who earlier today launched a health insurance programme to cover the entire province of Punjab, was trying to show off the health card, but it had a “limit”.

“The health card can’t cover a day’s expenses for the Covid-19 intensive care unit. [But] the Sindh government covers all of your expenses.”

The PPP chairman said that this was also the case with open-heart surgery.

“We cover the day [of the procedure] and the expenses for the medication you have to buy for the rest of your life.”

“We cover the procedure itself as well as post-operative care at Sindh hospitals which offer free-of-cost liver and kidney transplants.”

Bilawal said the health card was an attempt to take money from government hospitals and hand it over to private facilities which was an “injustice”.