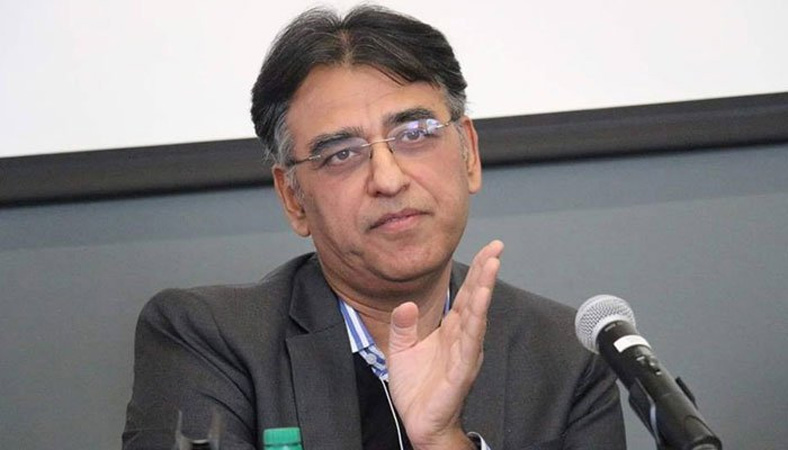 In a hard-hitting press conference, Federal Minister for Planning, Development and Special Initiative Asad Umar Sunday said Karachi was not begging for its rights from the chief minister. The PTI organised an “All Stakeholders” press conference in Karachi to speak out against the new Sindh local government law passed by the provincial assembly.

Critics of the Sindh government say amendments to the law will allow the provincial government greater control of local bodies’ institutions.

The Sindh government refuted the criticism. “We will come up with a strategy soon,” said Umar. “This problem does not concern a political party. It concerns a system wherein politicians come to power and become richer [at the expense of the taxpayer],” he added, says a media report. The minister said it was necessary to “change the system rather than faces”, adding that a new system should be brought in place, one where an elected official was forced to work for the public welfare. “We will continue to raise our voices in Sindh Assembly despite their [PPP] telling us that we are in minority,” he said, adding that the Sindh Local Government Act 2013 needed to be amended as its provisions were in contravention to the Constitution.

“Our basic problems will not be solved unless the masses are empowered,” noted Umar, adding that it was important for the local governments to be strengthened. “Politics has been taken over by a few families; they want to stay rich and maintain their sway [over everything],” he said. The minister cited the example of the local government system in Islamabad, saying the mayor had the powers to take decisions for welfare of the city. “Work is being carried out in Islamabad according to the master plan,” he added. Despite his criticism of the Sindh government, the minister said the PTI was ready to talk to the Sindh chief minister to solve people’s problems.

He said the federal government had held talks with the provincial government for its Karachi Transformation Plan.

Umar lashed out at the chief minister, saying he had not fulfilled his promise of devolving powers at the lower level.

“Time has come for Sindh to take important decisions,” he said.

“The chief minister used to give me a lollipop every time I asked to meet him,” he alleged. “He did not let me develop Nehr-e-Khayyam”. Akhtar said the PPP government received Rs1,200 billion per annum to develop the province.

“Will anyone ask them where this Rs1,200 billion has been spent?” he asked. The former Karachi mayor lamented that the city paid over Rs309bn in taxes to Sindh, adding that despite that it had always been ignored. Akhtar said in countries around the world, mayors had all the rights and authorities to carry out development work in cities.