Drug Abuse: Unstated Challenge to the Progress of Pakistan 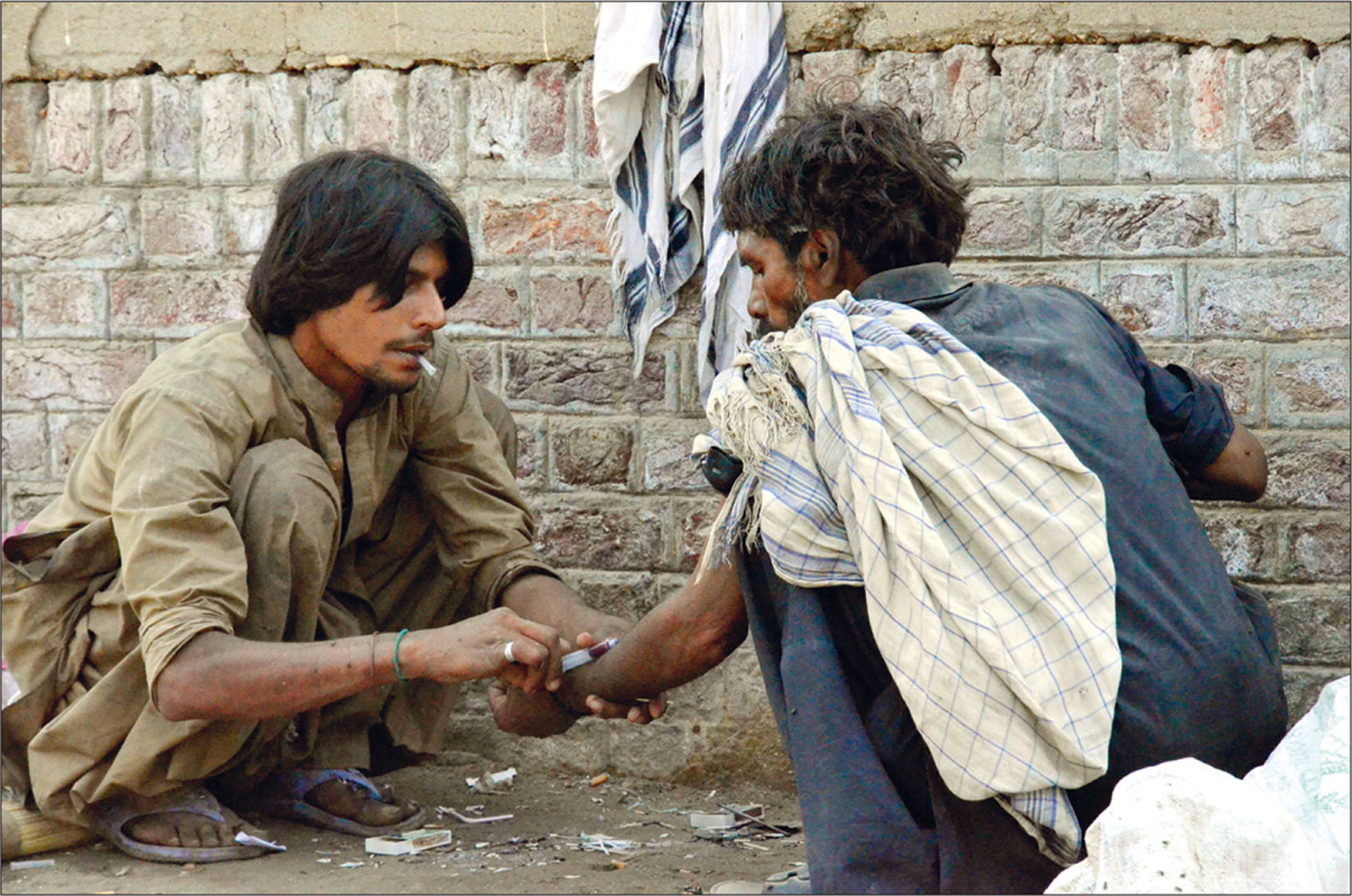 The rate of drug use in Pakistan is exponentially increasing. According to a UN report on drugs by the United Nations Office on Drugs and Crime (UNODC) in 2013, almost 7.6 million people in Pakistan are into drugs. After 2013, no concrete data has been collected to determine the scope of drug abuse in Pakistan. It is also a failure on the part of Anti-Narcotics Force, which is a federal executive bureau of Pakistan’s government, tasked with combating the narcotics smuggling and use within the country.

Substance abuse is defined as an irresistible and ‘out of control use, despite negative consequences’. Across most generations, gender and demographics in Pakistan, substance abuse has increased. Given the fact that drug usage is illegal in our country and most people do not openly talk about their drug habits, it is nearly impossible to determining the scope of drug abuse.

These days, we see the drug addicts freely sitting on the canal road, greenbelts, parapets, footpaths, bridges, and inside the underpasses, injecting themselves with illegal drugs.

In this regard, DT exclusively interviewed ASP Atif Ameer and asked him that why do the police not arrest the drug addicts? He said “they are homeless people, having no one to look after them. Even if they are taken to the police station, nobody will come after them. They are already living under extreme economic and psychological pressure. They themselves are the victims”. Talking about the role of police in curbing the menace of drugs, Mr. Ameer remarked that the police is fully aware of the gravity of the issue. He said that the police implement upon the 9-A, 9-B, 9-C sections of the CNSA Act 1997, which entail the punishments according to the quantity of narcotics recovered. Furthermore, he asserted that police force is focusing on the supply reduction by curbing the trade of drugs, and taking action against drug peddlers in streets, schools, and universities. He also urged government to initiate awareness walks on regular basis to contain the burgeoning issue. Lastly, he told DT that the main focus of police regarding drugs menace is to cooperate with media, youth and NGOs, achieving maximum convictions, and building rehabilitation centers inside prisons. 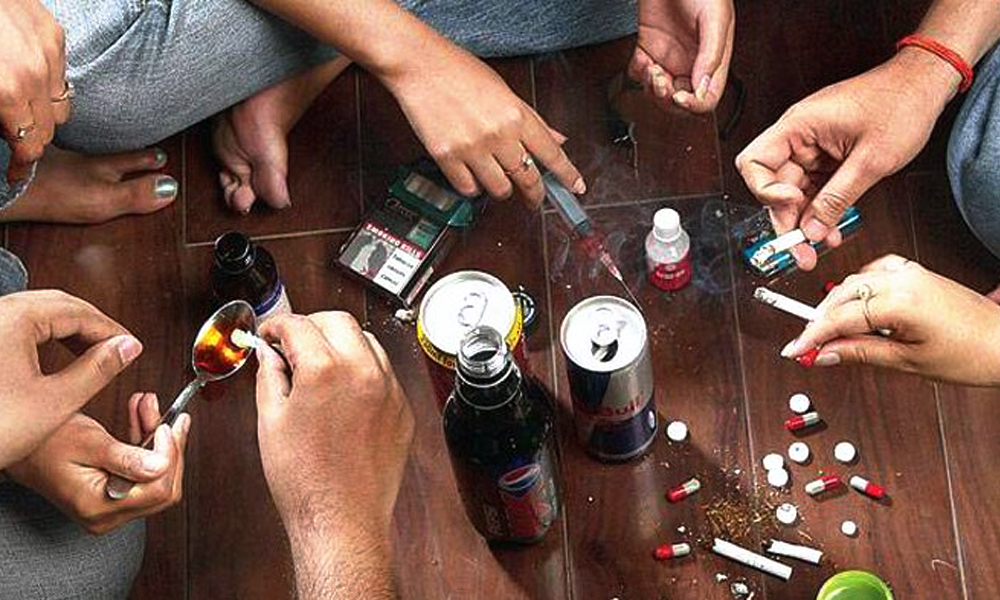 The use of drugs is rapidly taking foothold in both public and private sector universities. This is an alarming situation, a concern for intelligentsia and a threat to the prosperity of Pakistan. A student of an elite university in Lahore’s DHA, on the condition of anonymity, told DT that 2% of the total population in the university is addicted to drugs and cannot function without taking them. Some of the students occasionally do drugs and the rest of them have tried different drugs at different points in life.

According to the DT sources, opioid, cannabis, marijuana, and crystal methamphetamine are used mostly. Miss Sidra, the advisor of Anti-Narcotics Society in GCU, talked about the gravity of issue in public sector universities and what compels students to get into the substance abuse. She told DT that our youth is under psychosocial stressors. High level of psychosocial toxicity and lack of vocational opportunities make them vulnerable to drugs. She further told DT that GCU has a very strong surveillance system to keep in check the movement of drugs within the university premises. She asserted that ANS is working in collaboration with the Ministry of Narcotics Control, Senate of Pakistan, ANF, Provincial Assembly of Punjab and Punjab Forensic Science Agency to ensure GCU as the first drug-free public sector university.

A research published in the Spanish Journal of Legal Medicine says that the use of toxic substance is a main risk factor for sudden cardiac arrest, whereas a top cardiologist during his lecture in Aga Khan University remarked that cardiac arrest is rapidly becoming a leading cause of death among the age group 15 to 50 years old. According to a research journal, approximately 166 out of 100000 people die of cardiac arrest in hospitals. However, there is no official record available to identify the cause of daily number of deaths that occur in Pakistan.

The Government of Pakistan and institutes such as ANF should collaborate with NGOs and law enforcing agencies to lucidly make a strategy in order to curb the menace of drug abuse in Pakistan. Prime Minister of Pakistan Imran Khan, in 2019, ordered 18 rehabilitation NGOs to close their operations and leave the country. He claimed that those NGOs were foreign funded and had an anti-state agenda. The government claimed that it is necessary to monitor NGOs funding. These were the right steps on the part of Pakistani government but it is yet to take concrete steps regarding the establishment of government funded rehabilitation centres across the country.

ANF has MATRCS (Model Addicts Treatment and Rehabilitation Centres) only in the main cities of Pakistan. It seems as if the administration in Pakistan is unaware of the scale of the issue.

The main factors responsible for the increased usage of drugs are the low prices, rapidly changing social norms which place new demands on individuals for which drugs offer a false solution, lack of jobs and economic frustration, lack of proper interest in education, peer pressure and negligence of parents, existence and operation of drug dens, lack of drug education within the family and in educational institutions, and apathy on the part of community leaders in responding to drug abuse symptoms.

Most of the responsibility lies on the shoulders of the Government of Pakistan. It should focus on generating employment opportunities, establishing vocational training centres, high quality education in government institutes, competitive environment and opportunities for extra-curricular activities. The procurement of illegal drugs from neighbouring countries, especially Afghanistan should also be monitored keenly. Moreover, our government should also focus on data collection methods to gauge the scale at which drugs are in use across the country. Is it too much to expect from the government? Are children and youth of Pakistan not an asset for the progress of the country?

The growing trend of abuse of highly addictive substances both among the lower strata and skilled educated stratum of society is of great concern and demands swift preventive measures from the policy makers.

The writer is a staff member of Daily Times newspaper and can be reached at raesaf21@gmail.com 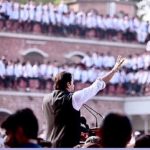