* The £24 million interactive tour promises to 'transport fans into the very heart of Westeros', bringing 'visitors closer to the Seven Kingdoms than ever before' 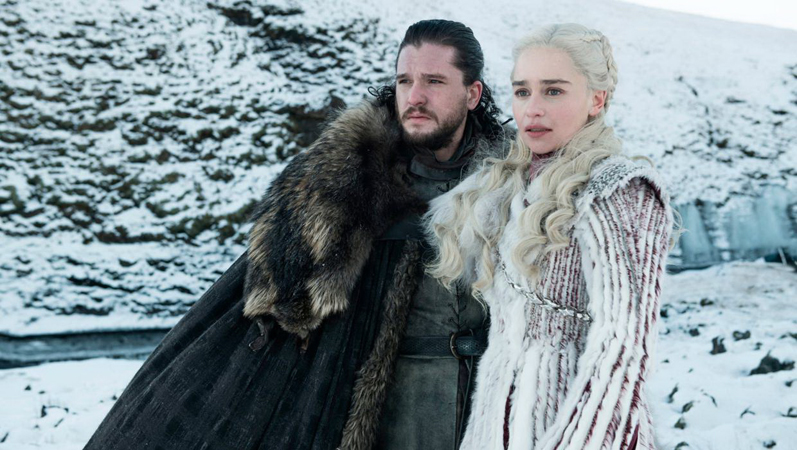 Winter is coming… and so is a gigantic Game of Thrones studio experience, complete with ‘breath-taking imagery, captivating sets, original props and costumes’.

It has been announced that the Game of Thrones Studio Tour will open on February 4, 2022, at Linen Mill Studios in Banbridge, Northern Ireland – where parts of the acclaimed HBO series were filmed.

The £24 million interactive tour promises to ‘transport fans into the very heart of Westeros’, bringing ‘visitors closer to the Seven Kingdoms than ever before’.

Daenerys Targaryen’s ‘imposing’ Dragonstone throne is among the props that will feature in the 110,000-square-foot experience.

Pictures show that Daenerys’ white fur coat will also be showcased – its layered design was inspired by the scales of her beloved dragons. Sansa Stark’s wedding dress and Jon Snow’s winter furs will also be on display.

As for sets, fans will be able to step inside the Great Hall at Winterfell – retracing Jon Snow’s footsteps in the scene in which he was proclaimed the ‘King in the North’.

Lifting the curtain on what happened behind the scenes during the making of the series, visitors will be invited to learn about the craftsmanship that helped to ‘bring the show to life’, from makeup artistry to set decoration.

Fans will get the chance to learn about visual effects that went into the series, before ‘testing out their acting skills’ in an interactive green screen experience.

Visitors will also hear ‘the tales behind the creation of the iconic arms’ that appear on the Game of Thrones battlefields, from Valerian steel to dragonglass. A statement reads: ‘The immersive and sensory-based experience utilises cutting edge design and technology to bring Westeros to life and will evoke the show’s epic scale – from King’s Landing, Winterfell, Dragonstone, The Wall and the lands beyond.’ After working up an appetite, visitors can stop at one of two onsite cafes – described as ‘the perfect places to power up for your tour’. Ahead of the opening, Peter van Roden, Senior Vice President of Warner Bros. Themed Entertainment, says: ‘Knowing you are in the very same spot where some of the series’ most memorable moments were filmed is an incredible feeling and we know fans of the franchise will feel the same when they see the rich detail in the sets, costumes and props up close and personal.’

Game of Thrones is based on the A Song of Ice and Fire fantasy series by US novelist George RR Martin. It tells the story of nine families in mythical and magical Westeros and their fight to gain power in the region.

The series, which debuted in 2011, ran for eight seasons and made international stars of the likes of Emilia Clarke as Daenerys Targaryen and Kit Harington as Jon Snow.