Juveniles in Pakistan are victimized: Here’s why 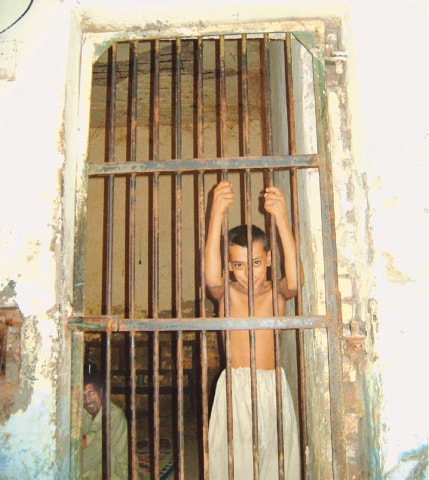 A 13 year old boy has recently killed his friend in Lahore over a brawl while playing PUBG. Similarly, last year, a 13 year old boy killed his 12 year old friend during a scuffle over a videogame. In the same year, a 9 year old boy shot his aunt in the head on the orders of his uncle after which both of them fled the crime scene.

Murder is an inexcusable crime but dimensions of all kinds of crime change when it comes to a minor offender. Pakistan ratified the UN Convention on the Rights of the Child (UNCRC) in 1990. In the light of this and pursuant to the Article 25(3) of the Constitution, Pakistan is under an obligation to safeguard and protect the rights of children. Until the late 19th century, youthful criminals were tried in adult courts and punished in adult institutions. The Juvenile Justice System is primarily responsible for dealing with juveniles who commit crimes and those who are truants, incorrigible, runaways, or unimaginable status offenders.

What kind of mindset compels children to commit heinous crimes such as murder? In this regard, DT exclusively interviewed Mr. Danial Asad Bukhari who is a psychologist, certified in psychoanalysis and hypnotherapy, and a counselor at SOAR STEM School. DT asked him about the psychology of a child while committing a crime. He said that a criminal behavior is a learned behavior, an argument that Albert Bandura also presents in his Learning Theory. Mr. Bukhari said that a child is not born as a criminal but learns to become one after absorbing whatever is going on in his/her surroundings. DT further asked him about the effects on a child’s mind when he or she is detained in juvenile jails. Mr. Bukhari aptly remarked that one cannot not put a 5 year old child in a high school because the adult students will manipulate him however they would want to. Same is the case with juveniles. When juvenile offenders are kept in adult jails, they adapt to more criminal activities because the older inmates who are sociopaths and psychopaths condition their mind in a certain way. Mr. Danial further argued that children can also be conditioned in a good way. It is all about tapping onto their potentials and showing them the right path. 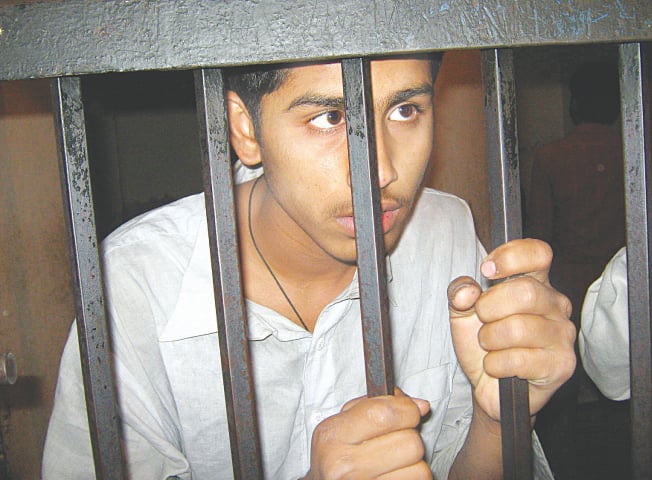 To further probe into the conditions under which juveniles are detained in jails, DT approached and interviewed a jail police officer who on the condition of anonymity told that throughout his service he has witnessed minors or juvenile offenders getting brainwashed, beaten and exploited at the hands of adult psycho criminals. He told that narcotics are smuggled into jails that make children vulnerable to addictions. DT asked him that why does the jail police not handle the sorry state of affairs? The officer answered that the goodness of just few police officers is not enough to alter the system. The whole chain is involved which needs strict laws and surveillance to make a change. He further said that jail staff is also not enough in capacity to fulfill the special needs of children. Some minors also become victim of the sexual assaults, stories that never officially come out of the prison premises.

The innocence and naivety of a child is further manipulated in adult prisons that gradually transform them into heinous crime offenders. The underline cause of this issue is the poor juvenile justice system in Pakistan. Although Juvenile Justice System Act 2018 replaced JJSO 2000 to overcome the shortcomings of the latter but it still is not delivering or bringing any concrete change. There are currently only two borstal institutions in Pakistan, whereas, according to statistics, there are approximately 1400 juveniles in prisons out of which 20 per cent are girls. The worst part is that 90 percent of them are awaiting trial. In some worst cases, in the past, juveniles kept waiting for the trial until they became adults and then the courts announced life sentences for them and executed them in their 30s or 40s without granting them a chance to make themselves better citizens by putting them into rehabilitation centres. Why are the juvenile courts so lethargic? Is the judicial system not aware of the mental and psychological issues that the juveniles must be going through? Why are the authorities adamant to make those children a liability?

To ask about the poor state of affairs of the juvenile justice system, DT exclusively contacted DIG Imran Mahmood. He said that the entire criminal justice system needs to be revamped. His exact words were that “the present criminal justice system has miserably failed because all components lack coherence and coordination”. He told DT that the Juvenile Justice System has met the same fate as the cases are not expeditiously decided by the dedicated courts due to inherent flaws. There is no accountability, trials keep getting delayed, and lawyers have influence over courts and take adjournments as per their desires. DT asked him the solution for all such ills. He said that strict monitoring should be ensured of all juvenile cases at all levels to achieve desired results. Prosecutors should keep their vested interests aside and work on same page with the police for investigations. Protection should be ensured for witnesses so that they can overcome reluctance and confidently record their statements.  Moreover, DIG Imran Mahmood emphasized the need for overhauling the whole societal fabric to contain power imbalances which pressurize lower segments of society to compromise, and give in.

What does this tell about the Pakistan’s governments? Nearly every government sector needs solid reforms. DT asked Mr. Danial Asad Bukhari that what kind of upbringing is needed to transform all the children and youth of Pakistan into a boon? He quoted Karl Marx while answering this question and said that a country’s economy is the base on which the whole superstructure lies. If the base is weak than all the other organs of state become fragile, be it education sector, religion, or judiciary. Therefore, our government needs to bring about valuable reforms such as strengthening the economy, ensuring equal law for all, and initiating welfare programs.

Poor cognitive development, family violence, maltreatment, antisocial behaviours, and association with deviant peers let children towards committing crimes, but protective factors can be ensured by the government such as supporting core institutes i.e. schools, mosques, social organizations in order to reduce the likelihood of adversity leading to juvenile delinquency and later adult offending. The government also needs to establish a system of graduated sanctions that holds each juvenile offender accountable, protects public safety, and provides programmes and services that meet treatment needs. For this matter, steps such as allocating proper budget to the concerned departments, establishing borstal institutions and government funded rehabilitation centres, ensuring basic education for out of school children, implementing anti-labour laws and hiring trained psychologists for counselling juveniles are the need of the hour. Just as importantly, society needs to discourage criminal labelling.

The writer is a staff member of Daily Times newspaper and can be reached at raesaf21@gmail.com