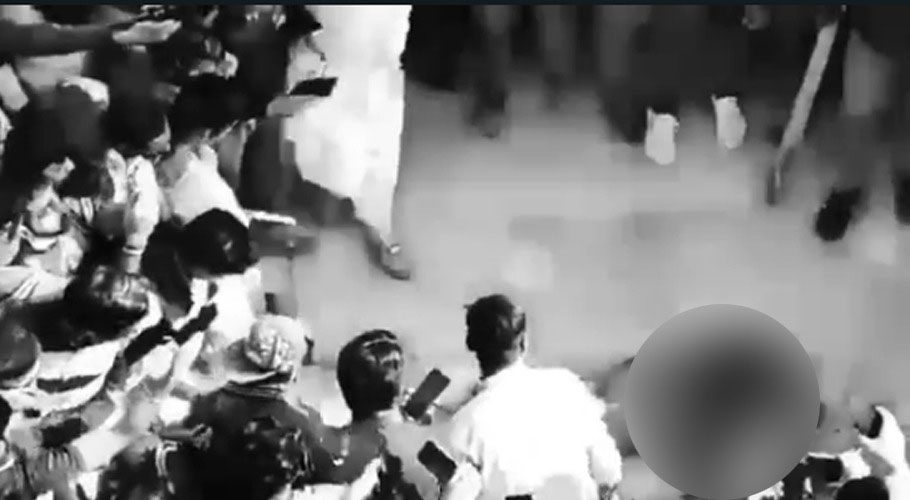 On Friday, a violent mob in Sialkot burnt alive a Sri Lankan factory manager, while a heavy contingent of police has been sent to the area to bring the situation under control.

The incident happened on Wazirabad Road in Sialkot, where reportedly the workers of private factories attacked the export manager of a factory and burnt his body after killing him.

However, Police have not yet been informed about the reason behind the murder.

Punjab Chief Minister Usman Buzdar took notice of the murder, terming it as a “very tragic incident”, while the spokesperson for Sialkot police said details would be shared with the media after the initial investigation.

Buzdar has summoned a report from the inspector general of police and ordered a high-level inquiry into the matter.

“Every aspect of the incident should be investigated and a report should be submitted. Action should be taken against those who take the law into their own hands,” the chief minister said.

“The Sialkot DPO is present on the spot. All aspects of the incident should be investigated,” the IGP said.