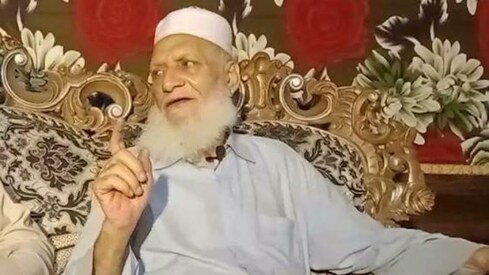 Mumtaz Ali Khan, a veteran Pashto film director passed away in his Lahore residence, his family confirmed. He died at the age of 74.

Mumtaz have been suffering from multiple health issues.

He was laid to rest in Lahore the same day. His funeral prayer was attended by artists, fans and relatives on Thursday.

Mumtaz Ali Khan was born in Pabbi, Nowshera district, in 1947.

He got employment with known actor Rangeela in Lahore studio who explored a director in the young film fan.

Mumtaz started his career in 1963 with Rangeela and proved himself an excellent director and came up with supper hit Urdu and Punjabi films including Diya Aur Toofan, Dil Aur Dunya, Dulhan Ek Raat Ki, Teri Qasam and a few others.

Like his ideal hero, Dillip Kumar, he strongly believed in quality rather than quantity. He was responsible for introducing noted actors including Waheeda Khan, Asif Khan, Suriya Khan, Ismail Shah, Musarrat Shaheen and Humayun Qureshi.

The noted director could gift only 50 top Pashto flicks to industry as he called it a day after Pashto cinema declined to sponsor quality productions and devoted his rest of life to religious activities.