Dengue death toll this year more than double of 2019 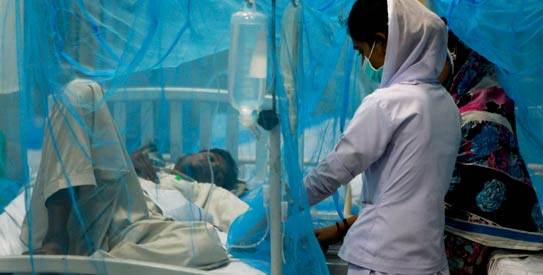 Official data reveals that deaths from the dengue virus this year to date have already crossed the 2019 death tally.

This year from January 1 to December 1, 203 people have lost their lives to dengue fever, which is more than double the deaths reported in 2019, when the country saw a major surge in the mosquito-borne fever.

As per the data of the ministry of health, 95 deaths were recorded across the country in 2019.

Besides an uptick in deaths, 50,761 cases of the illness have been recorded across the country this year so far. Majority of the cases, 22,227, and deaths, 145, have been recorded in Punjab, followed by 10,468 cases and 10 deaths in Khyber Pakhtunkhwa.

There has been a rapid increase in dengue fever in 2021, after 2019. In 2020, however, only 6,016 cases were recorded across the country while no deaths were reported.