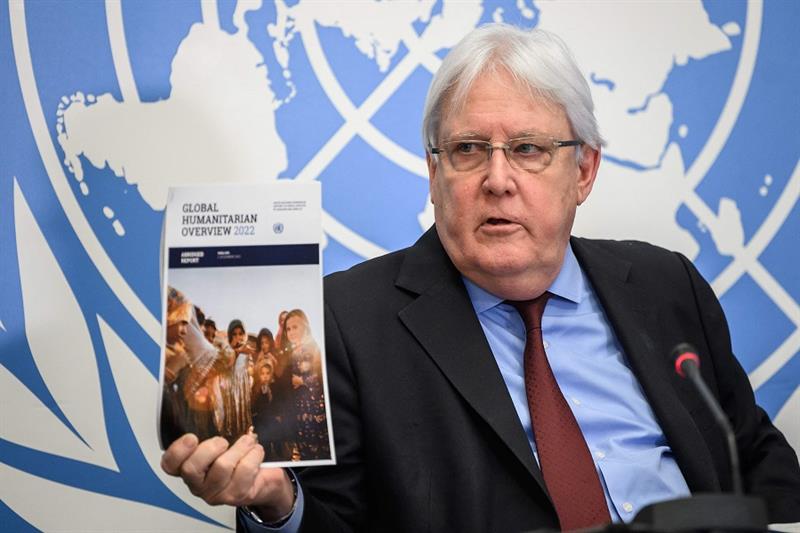 In an interview with AFP, Martin Griffiths expressed deep concern for the stability of a nation of 115 million people composed of more than 80 ethnic groups.

Griffiths, the UN undersecretary for humanitarian affairs, said the conflict in Ethiopia has sparked perhaps the world’s most worrying humanitarian crisis.

He warned that a battle in the capital Addis Ababa and increasing communal violence could worsen the situation “exponentially”.

Humanitarian organisations have been scrambling to respond to soaring needs in Ethiopia, and laying contingency plans in case the crisis deepens.

“The worst I think from a humanitarian perspective (would be) if there is a battle for Addis or turmoil around there, leading to increased communal violence across the country,” Griffiths said.

“If that were to happen, we’re facing something I don’t think we have faced before for many, many years: We’re facing a fracture … of the fabric of Ethiopia.”

The chaos flowing from such a situation would be far worse than what has happened in the last 13 months.

Thousands of people have been killed, two million displaced and hundreds of thousands driven into famine-like conditions since the conflict erupted in November 2020, according to UN estimates.

The conflict began when Prime Minister Abiy Ahmed sent troops into the northernmost Tigray region to topple the Tigray People’s Liberation Front (TPLF) — a move he said came in response to rebel attacks on army camps.

The rebels mounted a comeback, recapturing most of Tigray by June before expanding into the neighbouring regions of Amhara and Afar.

The conflict took a sharp turn around a month ago, when the TPLF claimed to have captured strategic towns on a key highway to the capital.

But last week Abiy himself deployed to the conflict zone, and the government has since claimed it is back in control of several towns including the UNESCO World Heritage site Lalibela.

Griffiths called for an end to the violence.

Even if fighting approaches the Ethiopian capital, he insisted “major targets should be avoided,” including the airport and the city itself, with a population of over five million, “where it is unimaginable to think of a battle like that.”

He said: “The real, elemental worry is if the conflict mutates into communal violence across different parts of the country, as opposed to conflict between the government and specific groups… That would make everything exponentially worse.”

While the UN was intent on staying to provide aid regardless, he said fears abound among expatriates like diplomats and others in Addis that the country could witness scenes reminiscent of the chaotic airport evacuation after the Taliban takeover of Afghanistan in August.

They worry “the same thing might happen that happened in Kabul,” he said.

Asked if he believed that really might happen, he said: “I think it could, but I hope it won’t.”

Speaking to AFP ahead of the launch of the international humanitarian communities annual global appeal, Griffiths pointed out that the nearly $3 billion requested to address aid needs in Ethiopia next year was dramatically higher than in previous appeals “because of the likelihood that these needs will grow.”

The UN’s World Food Programme said last week that the number of people requiring food aid in Ethiopia’s war-torn north had surged to more than nine million, while drought has also deepened food insecurity in other regions.

The UN has warned that 400,000 people in the north of the country were at risk of famine, but Griffiths said a lack of fuel and access to assess the situation on the ground meant a full-blown famine had yet to be confirmed.

With improved access and more available fuel, UN agencies are now aiming to make the assessment within weeks.

Asked if there was a risk of a repeat of the devastating famine conditions that killed more than a million people in Ethiopia in the mid-1980s, Griffiths said he hoped not.

“I just hope to God that we’re not going to see that kind of misery.”