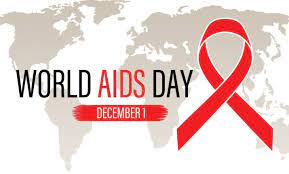 The World AIDS Day event was held at Pakistan Institute of Medical Sciences with great zeal and enthusiasm in collaboration of Association of People Living with HIV (APLHIV). The event was arranged by Prof. Ayesha Isani Majeed in collaboration with Asghar Satti. The event was graced by Dr Nausheen Hamid, Parliamentary Secretary M/o NHSR&C who showed her concern on rising rate of HIV in Pakistan and advocated for better preventive measures to prevent quackery which is one of the leading emerging cause of HIV in Pakistan. She showed her concern on the rising trend of this disease in general population and advocated the need for more HIV testing.

Prof. Ayesha Isani Majeed spoke about the efforts undertaken by her as Deputy National Coordinator National AIDS Control Program. This included comprehensive testing at Central Jail Rawalpindi and camps in Islamabad Capital Territory at Meharabad Abadi and Bari Imam. She advocated for greater facilitation of HIV testing at primary health care centres through PHC for UHC as this is the way forward to achieve the SDG 2030 goal to eradicate HIV.

Dr. Ejaz Qadeer, Hospital Director PIMS also addressed the event and praised the efforts by dynamic leadership and efforts of Prof. Ayesha Isani Majeed for the HIV community. He showed concern about the rise of communicable diseases which should be tackled by the government at the primary health care level.

Mr. Asghar Satti praised the efforts of the Government and especially PIMS having the largest ART centre and said that community prevention is essential for eradicating HIV at the grassroot level.

Dr. Pasha from WHO spoke about the formal launch of the WHO “Consolidated Guidelines for the Prevention and Treatment of HIV and AIDS in Pakistan” on 1st December, 2021 by Dr. Mahipala Palitha, WR WHO. He mentioned the advocacy walk for HIV that was held by WHO at the NIH Complex earlier in the day.

Dr. Nashmiya from UNDP mentioned about the UNDP being the PR of the HIV global fund grant (2021-2023) and re-asserted their advocacy for key populations.

The event ended with a note of thanks from Prof. Ayesha Isani Majeed to Dr. Nosheen Hamid, Dr. Ejaz Qadeer, APLHIV, WHO, UNDP, the community and health professionals for their participation in the World AIDS Day 2021 event at PIMS and making it a success. News Desk