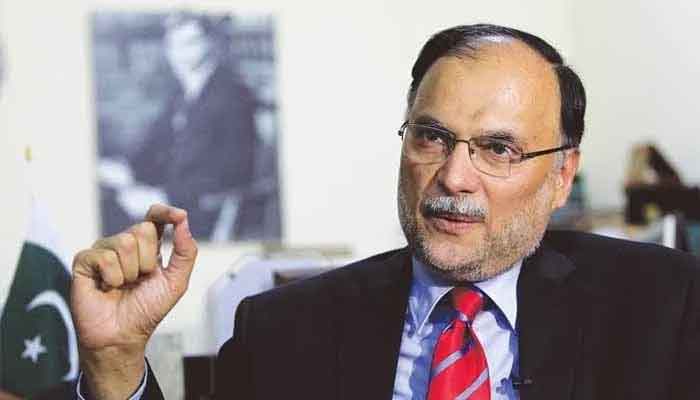 Ahsan Iqbal was speaking to a media person in Islamabad. “Pakistan’s Nero fiddled while dacoits and robbers were on the loose,” he said.

He further said that the state of economic affairs was not in order as no officers wanted to take decisions on their own and no investment was coming too.

Ahsan maintained that the PML-N government during their tenure took billions of dollars in loans but also had launched mega electricity projects.

“Imran Khan’s government took phenomenal loans that would be a daunting task for the next government to pay back,” he added.

He said his government will hold accountable for the phenomenal loan. “China Pakistan Economic Corridor (CPEC) along with economic affairs are in doldrums as not a single project was launched in the last three years of the incumbent PTI government,” he added.

Ahsan Iqbal accused that despite the fact Gwadar is the gateway of the CPEC but the incumbent government consciously created unrest in Gwadar.

“It is in the CPEC that employment of the Gwadar’s people must be protected but the Imran Niazi government did not protect it,” he added.