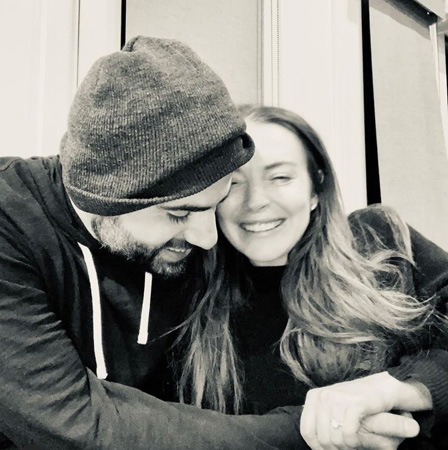 The Mean Girls star, sharing the picture of them together, said he was her love, life, family and her future.

The engaged couple is seen smiling and wearing the engagement rights in the four-picture gallery.

A foreign news agency reported that Bader Shammas works in Credit Suisse as its assistant vice president in Dubai and was dating the 35-year-old for the past two years. He retweeted his fiancée’s announcement on Twitter.

It is her second engagement. She had exchanged rings with Russian millionaire Egor Tarabasov before they parted ways back in 2016. The actor has worked in projects namely Mean Girls, Freaky Friday, The Parent Trap, Herbie: Fully Loaded, The Canyon, Scary Movie 5 and Till Human Voices Wake Us. The 35-year-old released two music albums Speak and A Little More Personal in 2004 and 2005 respectively.