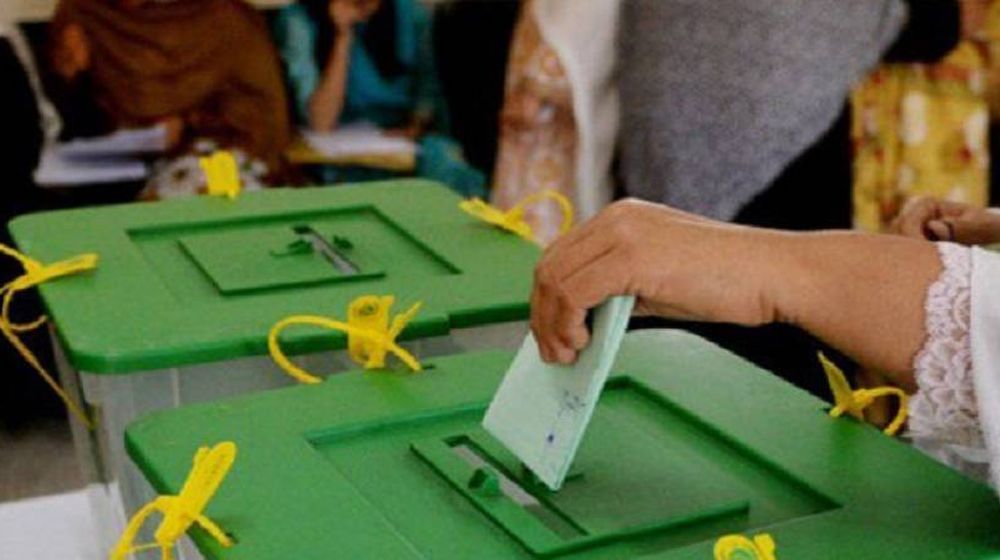 The Election Commission of Pakistan (ECP) has asked government for funds to mass produce electronic voting machines (EVMs) for the upcoming general elections of 2023.

At least 800,000 EVMs needs to be mass produced for the upcoming general elections 2023 as well a warehouse is needed to keep the machines safe, for which ECP require funds to proceed.

In a letter written for the government, the electoral body said, “ECP looks to develop proper infrastructure for the elections and monitor the entire process without any difficulty. For the development of infrastructure, ECP has requested the government to release the funds as soon as possible,”

Information Minister Fawad Chaudhry announced earlier this week that the federal cabinet had constituted a ministerial committee to work with the ECP to oversee the implementation of the recently passed electoral reform legislation.

At a post-cabinet meeting press conference, the information minister had announced that the next general elections would “surely be held” through EVMs and that overseas Pakistanis would be able to cast their votes.

The committee, will liaise with the ECP to ensure implementation of the recently passed laws and will finalise all the nitty-gritty on use of the EVMs in the next election such as cost, numbers of machines and others, he added.

The ECP official had said there are challenges in using EVMs and they cannot say anything with surety on whether the use of EVMs will be applicable in the next elections or not.

Despite the required legislation to hold elections using EVMs going through, the ECP was still not sure if EVMs will actually be used in the next polls, it was reported earlier.

This observation from the ECP had come during a meeting of the members of the National Assembly’s Standing Committee on Law and Justice, chaired by PTI MNA Riaz Fatyana.

Khan said EVMs would have to go through 14 steps before they can be used in the next general elections. There would be three to four more pilot projects related to the use of the EVMs, he had maintained.

“How many EVMs will there be at a polling station also remains to be figured out,” he had said, adding that the state institution is working to facilitate overseas Pakistanis.

On this occasion, MNA Aalia Kamran raised some very pertinent questions, including how the EVMs would be used in areas without internet.

“The people of Balochistan barely go to cast votes. How will they cast a vote on an EVM?” she had asked.