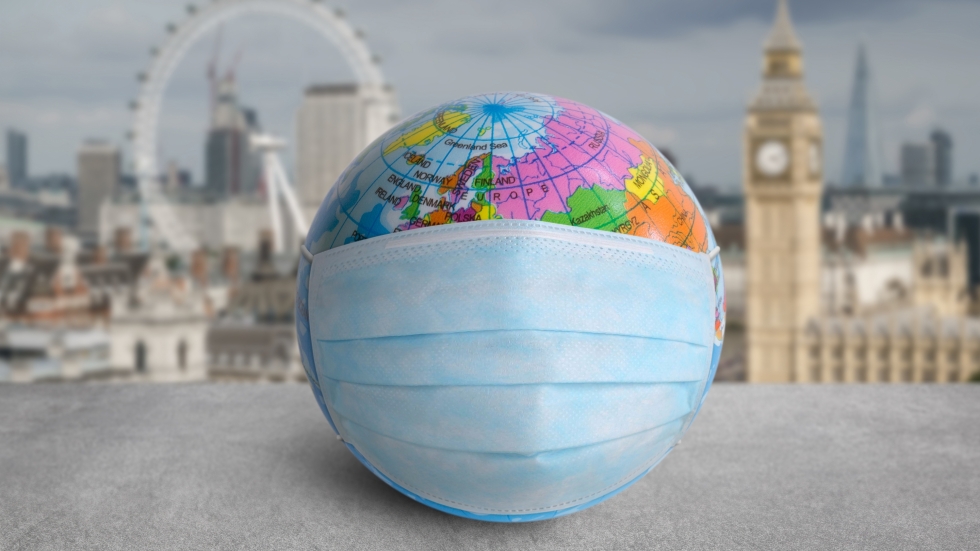 Britain has said it would ban travel from six southern African countries, after South Africa detected a new Covid-19 variant with a large number of mutations, raising alarm bells across the globe.

“The early indication we have of this variant is it may be more transmissible than the Delta variant and the vaccines that we currently have may be less effective against it,” UK Health Secretary Sajid Javid said.

Javid said the new variant, which South Africa attributed to a surge in cases and had also been detected in travellers from the country in Botswana and Hong Kong, had not been found so far in Britain. But he said British scientists were “deeply concerned” and as a precaution, a decision had been to suspend all flights from South Africa, Namibia, Lesotho, Eswatini, Zimbabwe and Botswana from 1200 GMT on Friday.

“We will be requiring anyone that arrives from those countries from 4:00 am on Sunday to quarantine in hotels,” he added. “If anyone arrives before then they should self-isolate at home and take a PCR test on day two and day eight.

“And if anyone has arrived from any of those countries over the last 10 days, we would ask them to take PCR tests.”

Britain has been among the hardest hit by Covid-19, with some 144,000 deaths since the start of the outbreak early last year.

From noon tomorrow six African countries will be added to the red list, flights will be temporarily banned, and UK travellers must quarantine.

Positive cases remain stubbornly high — more than 47,000 were recorded in a 24-hour period to Thursday — but more than 80 per cent of people aged 12 and over have been double-jabbed with a vaccine.

Nearly 29 percent have received a third booster dose, as part of a government drive to ease pressure on hard-pressed health services during the winter months, when other seasonal respiratory infections are high.

Britain’s government was widely criticised for its travel and quarantine policy earlier in the pandemic when it kept its borders open to foreign travellers even as infection rates spiralled.

Meanwhile, scientists in South Africa said they had detected a new Covid-19 variant with a large number of mutations (about 30), blaming it for a surge in infection numbers.

The number of daily infections in Africa’s hardest-hit country has increased tenfold since the start of the month.

“Unfortunately we have detected a new variant, which is a reason for concern in South Africa,” virologist Tulio de Oliveira told a hastily called news conference.

The variant, which goes by the scientific label B.1.1.529, “has a very high number of mutations,” he said, adding that the World Health Organization may give it a Greek variant name — as the dominant Delta strain — on Friday. “It’s, unfortunately, causing a resurgence of infections,” he said.

The variant has also been detected in Botswana and Hong Kong among travellers from South Africa, de Oliveira added.

The WHO said it is “closely monitoring” the reported variant and is expected to meet on Friday to determine if it should be designated a variant of “interest” or of “concern”. “Early analysis shows that this variant has a large number of mutations that require and will undergo further study,” the WHO added.

South African Health Minister Joe Phaahla said the variant was of “serious concern” and behind an “exponential” increase in reported cases, making it “a major threat”.

The country’s daily number of infections hit 1,200 on Wednesday, up from 106 earlier in the month.

Before the detection of the new variant, authorities had predicted a fourth wave to hit South Africa starting around the middle of December, buoyed by travel ahead of the festive season.

The government-run National Institute for Communicable Diseases (NICD) said 22 positive cases of the new variant have been recorded in the country.

The NICD said the number of detected cases and the percentage testing positive are “increasing quickly” in three of the country’s provinces including Gauteng, home to the economic hub Johannesburg and the capital Pretoria.

A cluster outbreak was recently identified, concentrated at a higher education institute in Pretoria, the NICD added.

Last year, the Beta variant of the virus first emerged in South Africa, although until now its infection numbers have been driven by Delta, which was originally detected in India.

South Africa has the highest pandemic numbers in Africa with around 2.95 million cases, of which 89,657 have been fatal.

Scientists said the new variant has at least 10 mutations, compared to two for Delta and three for Beta.

“The concern is that when you have so many mutations, it can have an impact on how the virus behaves,” Maria Van Kerkhove, the WHO’s technical lead on Covid-19, said at a virtual press briefing. “It will take a few weeks for us to understand what impact this variant has on any potential vaccines,” she added.

Neutralising the variant is “complicated by the number of mutations this variant” contains, said one of the South African scientists Penny Moore.

“This variant contains many mutations that we are not familiar with,” she added.

The Africa Centres for Disease Control and Prevention said it will soon meet South African experts to discuss the variant.

“There are so many variants out there but some of them are of no consequence on the trajectory of the epidemic,” Africa CDC head John Nkengasong told a news conference on Thursday.

After a slow start to South Africa’s vaccination campaign, around 41 percent of adults have received at least one dose, while 35 percent are fully vaccinated. Those numbers are far above the continental average of 6.6 percent of people vaccinated.

South Africa is aiming to inoculate 70 percent of its 59 million people.

With stockpiles of 16.5 million shots, South Africa has deferred taking delivery of more ordered doses because “we are getting vaccines in faster than we are using” them, health ministry director Nicholas Crisp said.

Europe scrambled to regain control over a resurgent coronavirus as governments urged adult boosters and jabs for young children in a sign of growing unease over a pandemic that has killed 1.5 million people on the continent.

Berlin, Paris and Lisbon were among capitals weighing tighter Covid restrictions and broader vaccination campaigns as surging cases and the encroaching winter threaten to undo hard-won gains against the virus over the summer.

In the Czech Republic, President Milos Zeman returned to hospital just hours after being released to name a new prime minister as he tested positive for Covid-19.

With governments already struggling to cope with the more infectious Delta variant, the discovery of a new and troubling strain in South Africa was a stark reminder that the fight against Covid-19 is far from won.

British Health Secretary Sajid Javid said scientists were “deeply concerned” about the new variant as it “may be more transmissible” than Delta and current vaccines less effective against it.

Even countries with relatively high rates of vaccination are now tightening Covid-19 measures that had only recently been relaxed.

Merkel implored the new government succeeding her to take quick, decisive measures as the country reported a record 351 Covid fatalities in the past 24 hours, taking the official death toll since the start of the pandemic past 100,000.

Germany has had to call on hospitals elsewhere in the EU for help as some clinics face overload.

The country last week began requiring people to prove they are vaccinated, have recovered from Covid-19 or recently tested negative before they can travel on public transport or enter workplaces.

Several of the worst-hit areas have cancelled Christmas markets and barred the unvaccinated from bars, gyms and leisure facilities.

Germany’s Covid-19 crisis has in part been blamed on its relatively low vaccination rate of about 69 percent, compared to other Western European countries such as France, where it is 75 percent — even though new cases hit a seven-month high on Wednesday.

A German campaign for booster shots has been marred by supply and logistics snags.

In Paris, Health Minister Olivier Veran said Covid-19 booster shots would be accessible to all adults starting this weekend.

From January 15, people over 18 would need to show proof of a top-up vaccine dose to maintain a valid Covid pass, which is required to enter restaurants, bars, gyms and other public venues.

Adding pressure, the EU Commission recommended that the bloc’s vaccination certificate should become invalid once the holder’s latest dose is more than nine months old.

Elsewhere in Europe, the streets of the Slovak capital Bratislava were deserted as a new partial Covid lockdown came into effect.

Even Portugal, which has an 86-percent vaccination rate, said it would impose work from home in the New Year and close bars and discotheques.

The Czech government earlier Thursday implemented a 30-day state of emergency, which includes closing Christmas markets as well as nightclubs.

Hospitals in the east of the country are reaching capacity, and some have begun moving patients across the country by helicopters and ambulances.

The spiking cases see Europe re-emerge as the pandemic’s epicentre, with the continent battling sluggish vaccine uptake in some nations, the highly contagious Delta variant, colder weather sending people indoors and the easing of restrictions.

An AFP tally of official figures showed Thursday that more than 1.5 million people have died from Covid-19 in Europe.

Scientists in South Africa said the new variant they discovered has multiple mutations, blaming it for a surge in infection numbers.

The number of daily infections in Africa’s hardest-hit country has increased tenfold since the start of the month.

Back in Europe, the European Medicines Agency approved the Pfizer/BioNTech jab for five- to 11-year-olds, clearing the way for vaccinations in an age group where the virus is rapidly spreading and bringing the EU into line with the United States, Israel and Canada.