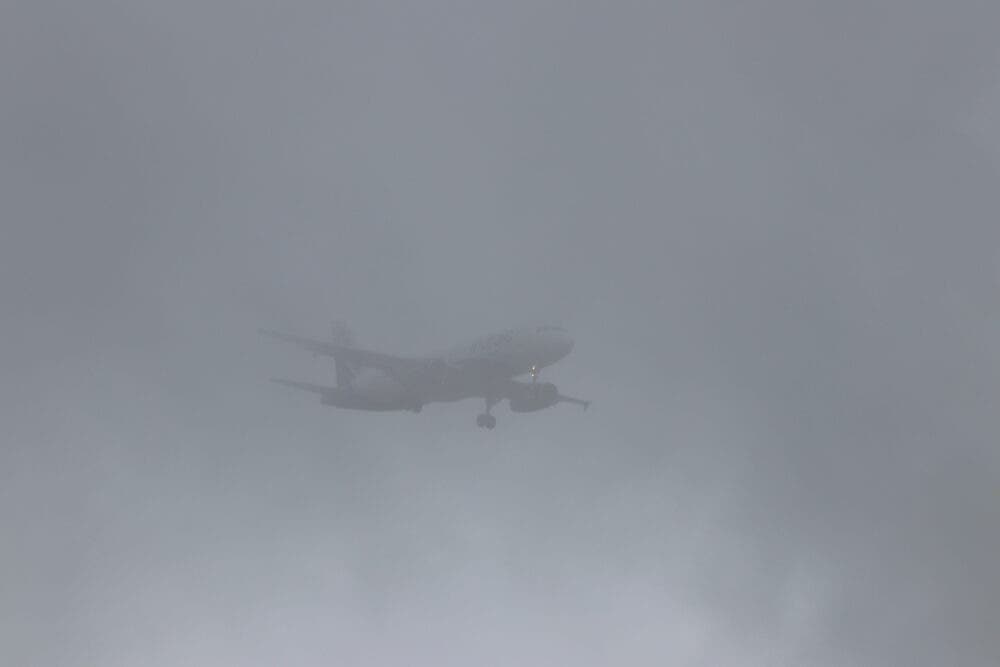 Karachi: On Thursday morning, different areas of the city were covered with the dense fog which caused delaying flights at the Jinnah International Airport Karachi. A number of flights were delayed due to the dense fog.

According to the Civil Aviation Authority (CAA), the Karachi to Islamabad flight, which was scheduled to depart at 7:00 am, got delayed while an Istanbul-bound flight failed to take off due to low visibility.

Flights to Lahore and Peshawar also got delayed, according to the CAA Flight Inquiry. A Karachi-Dubai flight was also delayed by two hours.

CAA officials said flights operations will be fully restored when the fog subsides.