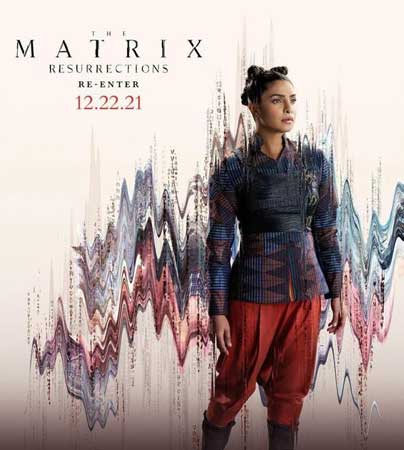 Fans were perplexed as to why Priyanka Chopra wasn’t featured on the The Matrix Resurrections main poster along with Erendira Ibarra, Keanu Reeves, Carrie-Anne Moss, Jessica Henwick and Yahya Abdul-Mateen II. The makers of the hit franchise have now released fresh character posters from the film. Priyanka took to her Instagram to share her poster, she wrote in the caption, “And she’s here. Re-enter #TheMatrix 12.22.21.” The poster features dual tones of red and blue which go pretty well with Priyanka’s two-toned outfit and also subtly hint at the red and blue pills which Neo is forced to choose from upon discovering the truth of the Matrix in the first film from the franchise.