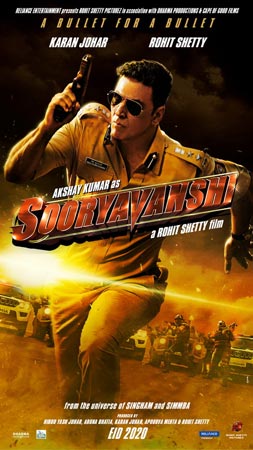 Taking to Twitter, from President Arif Alvi to renowned Lollywood superstar Mehwish Hayat, the people have expressed serious concerns over release of anti-Muslim movie by the Indian film industry.

President Arif Alvi wrote, “Dangerous for India. In this Islamophobic hatred India will destroy itself, no less. I hope & pray that sane elements within Indian society prevent this. Milton Kandera wrote that ‘the first step in liquidating a people is to erase its memory. Destroy its books, its culture,”.

The recipient of Sitara-e-Imtiaz and renowned film actress Mehwish Hayat also called it “dangerous”. She tweeted, “Sooryavanshi” is the latest film in Bollywood promoting islamophobia. The tide is turning in Hollywood & I hope that across the border they will also follow suit. As I’ve said, if not positive depictions, at least be fair in the way that you show Muslims.

Sooryavanshi was released on November 5 on the occasion of Diwali.

The people have criticized the content of the movie, asking that why the villain in it was named as Muslim. Rohit Shetty, the film director, also gave his statement on this issue.

“If the villain of my film was a Hindu would these questions still arise?” said Rohit Shetty when asked as to why villain was named as Muslim in the film.

He also said: “if a terrorist from Pakistan comes to our country, what name would we give to him and what would be his religion?”. He proved by his response that the film was based on anti-Muslim content.

The film was also another malicious attempt to tarnish the image of Pakistan.

This film, which came in the year 2019, was a huge hit. Since then, the image of Pakistan is being portrayed more negative than before in Indian films.

Akshay Kumar has the leading role in the film while Katrina Kaif, Ajay Devgn and Ranveer Singh are the other actors.