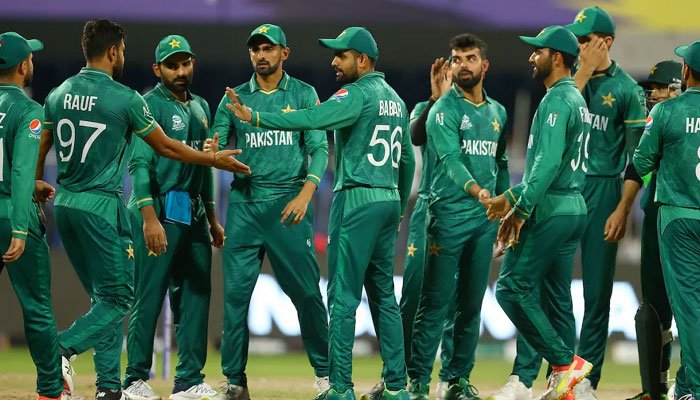 Pakistan team management has announced a 12-man squad for the upcoming first T20I against Bangladesh. As expected, Babar Azam will lead the side and Shadab Khan will be his deputy. There are a few changes from Pakistan’s playing eleven in the 2021 T20 World Cup.

While Mohammad Hafeez backed out of the tour in order to give opportunities to youngsters, Imad Wasim and Asif Ali have not been included in the 12-man squad. Exciting young batter, Haider Ali, all-rounder, Mohammad Nawaz, and explosive middle-order batter, Khushdil Shah, have been included in the squad in place of the trio.

Young right-arm pacer, Mohammad Wasim Jnr. has also been included in the 12-man squad and it will be interesting to see if he will get a chance ahead of Hasan Ali, who had a torrid run in the T20 World Cup.

The first T20I between Pakistan and Bangladesh is scheduled to be played on Friday, 19 November at Sher-e-Bangla Stadium in Dhaka. The two teams will compete in a three-match T20I series before finishing the tour with a two-match Test series.