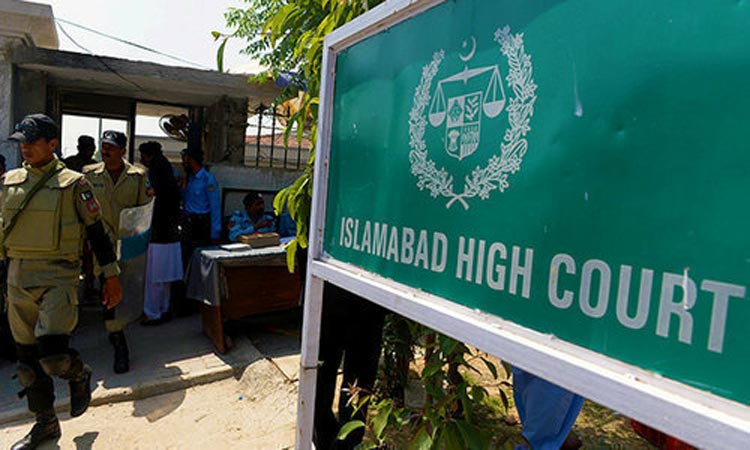 The National Accountability Bureau (NAB) investigators Wednesday faced tough questions from the Islamabad High Court (IHC) about establishment of beneficial ownership of Pakistan Muslim League-N (PML-N) leader Maryam Nawaz in the Avenfield apartments case. Led by Justice Aamer Farooq, a division bench of the court resumed the hearing of an appeal filed by Maryam Nawaz against her conviction. The bench was hearing her application for acquittal based on certain facts put forth against her being established as the beneficial owner of the Avenfield apartments by the NAB. The plea was moved by Irfan Qadir. The bench declared that the primary onus was on the NAB to prove that Maryam was the beneficial owner of the apartments. “We can’t hold anyone responsible on public perception, which might be true, but this is a criminal case wherein you have to establish case through evidence”, said Justice Farooq, reports the media. He asked the NAB’s attorney to give ‘independent evidence’ for establishing Maryam Nawaz’s ownership of the Avenfield apartments.

The bench also questioned how the burden was shifted to Maryam – who denied ownership as she was a trusty when the principal accused Nawaz Sharif was the one who could not explain the source of funds.

Justice Mohsin Akhtar Kayani asked why the NAB could not obtain bearer certificates from the accused’s family to establish ‘beneficial ownership’ of the London apartments.

“The NAB is convicting someone solely on the basis of a letter, which was sent by a foreign lawyer and does not have substantial value,” the court maintained.

The court further noted that the Supreme Court’s observations were not enough to prove beneficial ownership in a criminal case where evidence was required to establish facts.

Justice Kayani maintained that the primary accusation against Maryam Nawaz was ill-gotten wealth, hence the source of funds was to be established.

The bench further asked if the NAB had verified Maryam’s age when the flats were purchased.

The hearing of the case was then adjourned until November 24.

During an earlier hearing, Maryam Nawaz’s lawyer informed the court that the NAB had not properly investigated the Avenfield properties case and had not followed the due process for filing the reference.

Irfan Qadir told the two-judge bench – comprising Justice Aamer Farooq and Justice Mohsin Akhtar Kayani – former premier Nawaz Sharif was convicted in the Avenfield reference for not proving his innocence and Maryam had inherited the sentence.

The bench was hearing the maintainability of an appeal filed by Maryam against her conviction in the Avenfield properties case. She maintained in the application that “certain people” had played a role in her conviction as well as that of her father as well as her husband, Capt (retd) Mohammad Safdar.