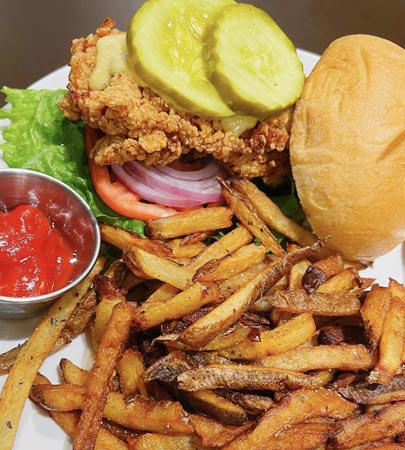 Actress Janhvi Kapoor has been back-to-back holidaying for some time now. The ‘Roohi’ actress who visited Dubai with her father Boney Kapoor and sister Khushi Kapoor is now living it up in New York City. The actress earlier went to Amarnath temple with actress and workout buddy Sara Ali Khan. Janhvi’s latest photos from NYC have garnered a reaction from her cousin Shanaya Kapoor.

Sharing a photo album from the ‘Big Apple’, Janhvi wrote, “nyc for a minute”.

Janhvi can be seen standing in front of a picturesque location, with a lake in the background in one of the photos.

The actress also shared photos of herself in a bathrobe, another photo with a friend, a picture of herself enjoying a painting at a gallery and a photo of a burger along with fries.

She also captured random photos of NYC. Sanjay Kapoor and Maheep Kapoor’s daughter Shanaya, who is going to make her debut with Karan Johar’s Dharma Productions dropped a heart-eyed emoji and a red heart in the comment section.

On the work front, the actress will next be seen in Sidharth Sengupta’s ‘Good Luck Jerry’ and Karan Johar’s produced Dostana 2 and Takht. The actress also stars in the Hindi remake of the Malayalam film ‘Helen’, which is directed by Mathukutty Xavier.