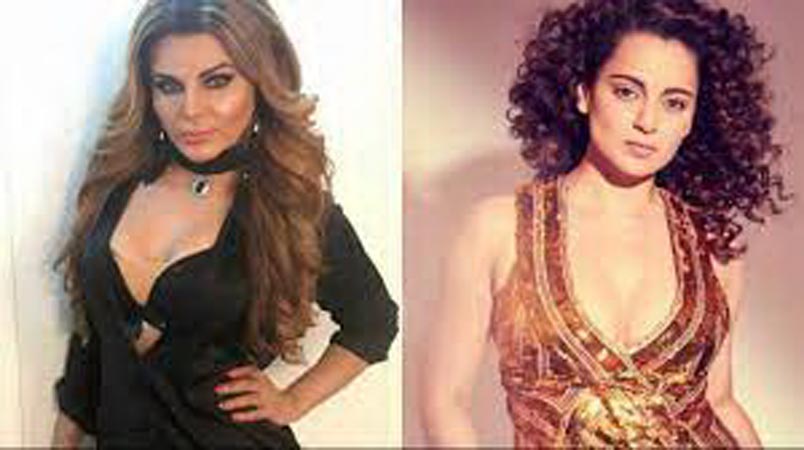 Actress Rakhi Sawant is hailed by her fans as ‘national crush’ and ‘queen of memes’ after she mocked Kangana Ranaut for her remark that India did not get Independence in 1947 but ‘bheek’ (charity).

Rakhi took to Instagram to share a video of Kangana from an event where she can be seen speaking on a mic. But instead of her voice, dogs barking can be heard in the viral video.

Kangana Ranaut has defended her Independence Day comment and said that she has not disrespected freedom fighters and martyrs. The actress who recently received a Padma Shri award said she would return it if proven wrong.

Earlier, BJP Pilibhit MP Varun Gandhi, who is great grandson of Jawaharlal Nehru questioned Kangana’s remark and asked whether her thinking is ‘madness or treason’.

Sharing a clip of Kangana making the comment and saying India got Independence in 2014 (referring to Narendra Modi’s BJP coming in power), Varun tweeted, “Sometimes an insult to the sacrifice and penance of Mahatma Gandhi, sometimes the respect of his killer, and now the disdain for the sacrifices of millions of freedom fighters from Shaheed Mangal Pandey to Rani Laxmibai, Bhagat Singh, Chandrashekhar Azad, Netaji Subhash Chandra Bose and more. Should I call this thinking madness or treason?”

On the work front, Kangana was last seen in ‘Thalaivi’ where she portrayed the role of late politician-turned-actor J Jayalalithaa.The movie was appreciated by audience and the critics alike. She will next be seen in ‘Dhaakad’, ‘Tejas’ and ‘Sita: The Incarnation’.