‘Bunty Aur Babli 2’ is special as my daughter loved it: Rani Mukerji

* 'Bunty Aur Babli 2 is a special film for me for several reasons,' revealed Rani who has recently completed 25 years in Bollywood 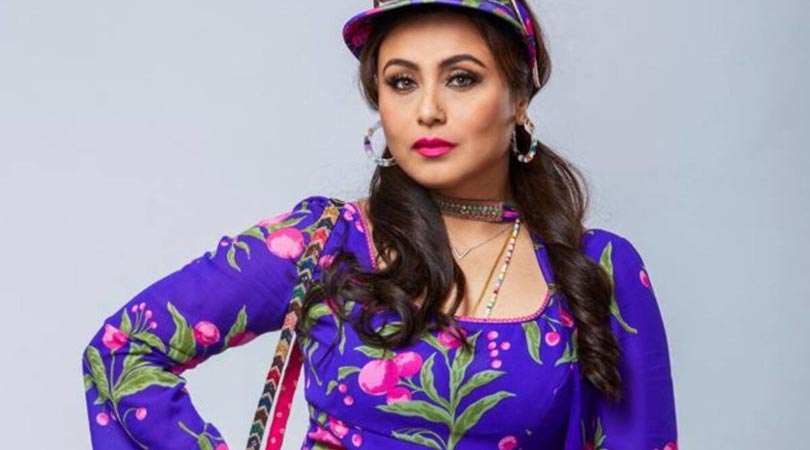 The actress calls the movie ‘special’ and says it is her first movie that is watched by her 5 years old.

“Bunty Aur Babli 2 is a special film for me for several reasons. Not only am I getting to play a character like Vimmy who I have loved and related to always and am working with Saif after years, but what’s giving me abundant joy is that Bunty Aur Babli 2 is the first film of mine that Adira has seen and thoroughly loved,” revealed Rani who has recently completed 25 years in Bollywood.

Rani adds that Adira’s reaction was priceless and thus she considers it a milestone in her career.

“Nothing can beat this moment for me and my career. It was amazing to see her reaction to the film and what I have done on screen. She was laughing and rolling watching the mad comedy that we have done. I’m so happy that I could make her laugh. It fills my heart with so much happiness. She had the best time and it means the world for me,” shared the actress.

Rani called her upcoming film ‘a quintessential Hindi film that everyone has missed for some time now’.

“We rarely make family entertainers today and Bunty Aur Babli 2 is a true blue comedy that you can take your entire family to and enjoy laughing your hearts out with them. It’s a quintessential Hindi film that everyone has missed for some time now and I’m confident that it will entertain audiences worldwide.” The actress continued, “It is a genuinely good, clean comedy that’s also hard to come by and I had a blast working in this film. Bunty Aur Babli 2 is meant for all audiences, across all age groups and that’s a rarity because the industry is not making such universal films these days. I hope our film makes people happy and they have an amazing time as they return to the cinemas.”

Yash Raj Films’ Bunty Aur Babli 2 will release on November 19 and is an out-and-out comedy that will pit two sets of con-artists called Bunty and Babli, from different generations, against each other.