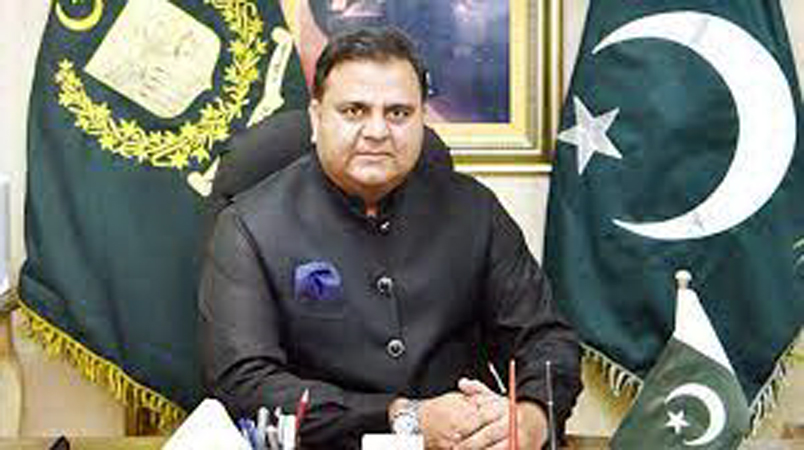 Minister for Information and Broadcasting Chaudhry Fawad Hussain Monday said attacking judiciary, hurling accusations at judges and making videos to blackmail them was the despicable history of Pakistan Muslim League-Nawaz (PML-N). Briefing media persons about the meeting of coalition partners with Prime Minister Imran Khan here, he said indeed a strange joke was being circulated in the country about a judge, who claimed that when he was having tea with former chief justice Saqib Nisar, the CJP abruptly picked up phone and instructed a High Court Judge not to grant Nawaz Sharif bail before the elections [General Elections 2018]. He said editorial check in media was imperative and without confirmation or counter check, the publication (of unauthentic) news should be avoided in a newspaper. Surprisingly, the newspapers did not check that the judge being mentioned in the story was not part of the bench, he added. Deploring irresponsible attitude, he said a newspaper exhibited irresponsibility by flashing the news by mentioning the name of a judge in the headline. He said the government welcomed the suo moto notice taken Islamabad High Court Chief Justice Justice Athar Minallah on the issue. He said the press conference of former prime minister Shahid Khaqan Abbasi and PML-N senior leader Khawaja Asif, after the IHC CJ’s suo moto notice, was an attempt to scandalize the judiciary. There was no need to hold press conference after the suo moto notice, he added. He urged the IHC to summon both Shahid Khaqan Abbasi and Khawaja Asif during the suo moto proceedings. The coalition partners of PTI including leadership of Grand Democratic Alliance (GDA), Balochistan Awami Party, Mutahidda Quomi Movement (Pakistan), Pakistan Muslim League (Quaid-e-Azam) had met Prime Minister Imran Khan and expressed full confidence in his leadership.

He said it was ludicrous claim that a judge having tea, sitting in front of the phone and issuing such instructions in front of a visitor whether to take the bail of an accused or not and the accused was not a common man either.

Instead of fabricating silly stories and conspiracy theories, the Sharifs should provide money trail for the Avenfield Apartments, which were later given to Maryam Nawaz, he said. Fawad said that Maryam had claimed that she did not own any property even in Pakistan what to speak of London.