Govt working to remove sense of deprivation in Balochistan 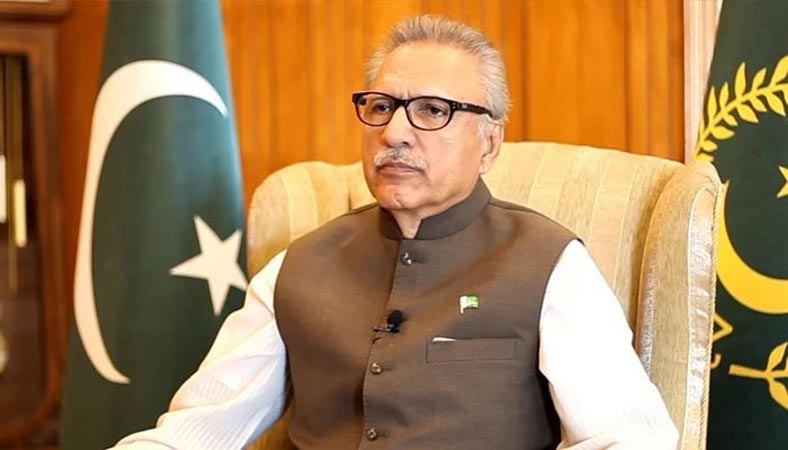 President Dr. Arif Alvi on Monday said that resources were distributed on the basis of population under NFC award and to remove sense of deprivation from Balochistan, the government was committed to provide additional funds to the province.

He expressed these views while presiding over a meeting on rehabilitation of special persons here at Governor House. He said that it was important to make disabled persons useful citizens of the society and for this purpose, the scope of Vocational Training Centers had to be expanded.

The president said that disabled persons had an important part of the society, adding they needed to be made skilled so that they could earn respectable employment and play their role in the development of the country.

Meanwhile, President Dr. Arif Alvi Monday said that nations could not be developed without education and promotion of quality education through modern technology was essential for development of the country.

He shared these views while addressing at a ceremony organized by Dar-ul Falah Islamia here.

Paying homage to educational service of this institution established in 1926, the president said that the role of Muslim dignitaries including Sir Syed Ahmed Khan was a shining chapter in the setting up and promotion of educational institutions in the Indian subcontinent.

He said that the government as well as the philanthropists and welfare agencies would have to play their role for continuing the service of the educational institution.

“The welfare agencies in the private sector are ready to cooperate with the government for the improvement of education in the provinces and the concept of one-line budget has been successful in supporting these institutions,” he said.

The president said better educational results could be achieved by giving responsibilities to the private sector, adding Pakistan could not make progress without education.

“We will have to prepare ourselves according to the requirements of the times,” he said adding children who could not get a traditional education would have to be made useful members of society by imparting skilled education and also by enrolling special children in schools for provision equal opportunities in education to restore their self-confidence.

The president also advised the students to continue their education with hard work and determination and pay special attention to physics and math as professional subjects. “We have to consider the quality of education being imparted to our children and how it can be improved,” he noted.

Assuring possible cooperation, he said that such welfare institutions, including Dar-ul Falah would be supported and patronized.