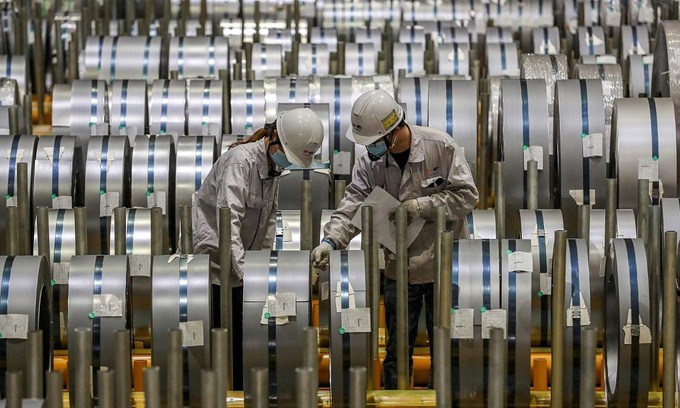 China’s economy showed signs of stabilising in October, according to data on Monday, with retail sales and factory output beating expectations as a power supply crisis appeared to ease.

The recovery in the world’s second biggest economy has been losing steam for much of the year after a swift bounceback from harsh lockdowns to contain Covid-19, with officials earlier citing an “unstable and uneven” economic rebound.

But industrial production grew 3.5 percent on-year last month, up from September, said the National Bureau of Statistics, as China worked to boost coal production and ease the energy shortage. A survey of economists by Bloomberg News tipped a 3.0 percent expansion.

However, NBS spokesman Fu Linghui cautioned Monday that the “international environment remains complex and severe” with many uncertainties, adding that China needs to “work harder to maintain economic stability and recovery”.

“While electricity shortages and production cuts hampered output in early October, we don’t think they are a significant problem anymore,” said Louis Kuijs of Oxford Economics on Monday.

He added that this follows “a range of policy measures to boost coal production and lower coal prices”.

But economic momentum remained weak in October, he said, “with the real estate downturn weighing on industry and a new wave of Covid outbreaks dampening household consumption”.

“The slowdown in the property sector continued, which is the key risk for the macro outlook in the next few quarters,” said Zhiwei Zhang of Pinpoint Asset Management.

Retail sales rose 4.9 percent on-year, according to latest data, up from September and far exceeding forecasts for 3.7 percent.

But observers warn that this could be bogged down by recent containment measures, reimposed following a fresh virus outbreak in mid-October that has spread to several regions.

While October is traditionally part of China’s spending season, Fu said “domestic tourist numbers and income growth were below pre-pandemic levels” during the golden week holiday at the start of the month.

Weakness in the economy is giving the country’s central bank a headache as it must try to nurture a recovery while at the same time try to keep a lid on inflation, which is sitting at levels not seen since the mid-1990s.