Taliban mediating between TTP, Pakistan but no agreement so far 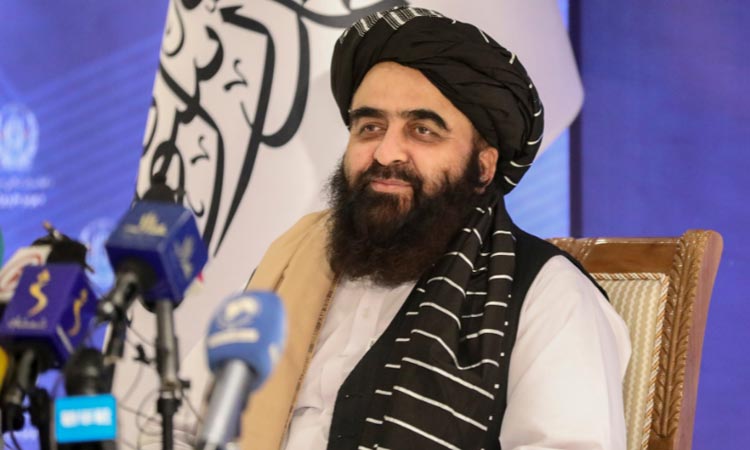 Acting Afghan Foreign Minister Amir Khan Muttaqi has confirmed that they are mediating between Pakistan and the Tehreek-e-Taliban Pakistan (TTP) though no agreement has reached yet. Muttaqi, who was visiting Islamabad mainly to attend the Troika Plus meeting, told BBC Urdu in an interview published Sunday that the Taliban government was mediating on the desire of both the parties in Pakistan.

He said the parties had not yet reached an agreement adding that the beginning was a good one with the announcement of a month-long ceasefire. Muttaqi said he was hopeful that the process would not come across any difficulties in future and the closeness between the TTP and Pakistan would increase.

He said Daesh was a threat in Afghanistan; however, the Taliban government had eliminated it from a major part of the country. “Isolated incidents can take place anywhere. Earlier, 70% of Afghanistan was under the control of the Islamic Emirates. Now, Daesh has been purged from all these areas. They existed only in the areas which were ruled by the former Kabul government,” he said.

He said after the Taliban takeover, Daesh started surfacing but their government took effective measures and confined the terrorist group to certain areas. “The isolated (terrorist) incidents at some places like mosques, can take place anywhere in the world,” he commented. To a question about the Taliban government’s ties with India, he said Afghanistan did not desire any confrontation with any country including India.

About any reaction from China to closer ties with India, Amir Khan Muttaqi referred to the Moscow summit where representatives from Pakistan, India, and other countries were present. “We had a positive conversation there and hopefully, we will not oppose any country,” he added. The acting foreign minister rubbished the notions of exclusion of women from different fields. “Women have 100% inclusion in the health sector. They are also teaching in the education sector. We brought improvement on the matter. They are serving in every sector where they are needed. We have no such policy to deny women of their rights in any field,” he remarked. However, Muttaqi admitted that the educational institutions were yet closed in some areas due to the COVID pandemic. The acting foreign minister said their government fulfilled the international demand of an inclusive government in Afghanistan which represented all stakeholders. To a question about their future course of action in case the international community did not recognize their government and restore their financial assistance, he said they were advancing ahead in their relations with the world and hope that those ties would strengthen in the future. He said as their government consisted of representation from all areas and ethnicities, the world should recognize them.

“(From an inclusive government), if they mean a cabinet representing all areas, then we have a minister from Panjshir. People from Badakhshan, Faryab, Kandahar, Nangahar and Kabul are also there. Therefore, every country has its own definition of an inclusive government. But we will continue this effort to enhance inclusivity of our government and grant everyone their right,” he said.