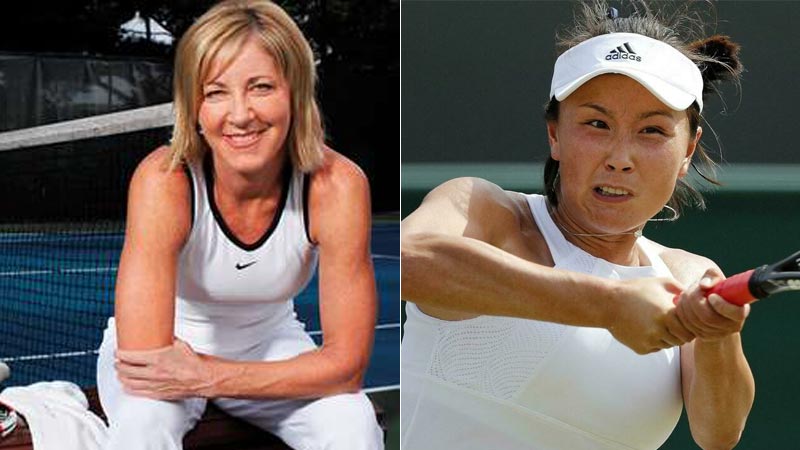 PARIS: Eighteen-time Grand Slam winner Chris Evert on Sunday became the highest profile member of an increasingly concerned tennis community to raise the question of Chinese player Peng Shuai’s safety and whereabouts. Peng has been missing for the last 10 days and erased from Chinese internet and social media sites since accusing one of the leaders of her country of rape on her Weibo account – the equivalent of Facebook. Under the hashtag #WhereIsPengShuai, the tennis community has started to show its concern for the 35-year-old who was doubles champion at Wimbledon in 2013 and at the French Open a year later.”Yes, these accusations are very disturbing,” tweeted Evert on Sunday. “I’ve known Peng since she was 14; we should all be concerned; this is serious; where is she? Is she safe? Any information would be appreciated.”

The hashtag was also used on Saturday by French player Alize Cornet who said “let’s not remain silent” and British Davis Cup player Liam Broady who wrote on Sunday: “I can’t believe that this is even happening in the 21st century.”Hundreds of others have used the hashtag to ask the same question, emphasising the silence of the International Federation (ITF) and the WTA, the body that oversees the women’s professional circuit.On November 4, China’s online censors scrubbed out Peng’s reported allegations that former vice premier Zhang Gaoli had sexually assaulted her, the first time that the #MeToo movement has reached the highest echelons of the ruling Communist Party.

Peng reportedly alleged that Zhang, who is now in his seventies, had “forced” her into sex and they had an on-off relationship that lasted several years.The post appeared to have been deleted quickly and AFP was unable to verify the authenticity of the screenshots containing the allegation, or substantiate the claims made in them.Weibo data indicated that the post on Peng’s verified account was viewed more than 100,000 times, but the contents are unknown.There has been no further word from Peng and also no public response from Zhang, a former member of China’s powerful seven-member Politburo Standing Committee and reportedly close to Premier Li Keqiang.