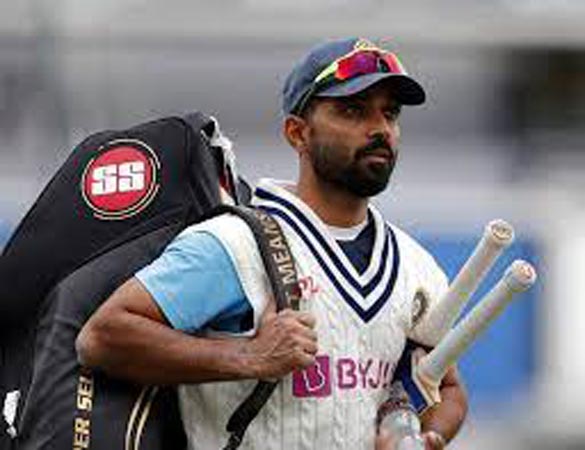 NEW DELHI: Ajinkya Rahane will captain India in the first Test against New Zealand in the heavily polluted industrial city of Kanpur later this month, the Indian cricket board said Friday. Rahane will step in for the resting Virat Kohli, 33, who will return as skipper for the second and final Test against the reigning World Test Championship (WTC) holders in Mumbai. Citing his “immense workload”, Kohli recently quit as India’s T20I captain — replaced by Rohit Sharma — but will still lead the Asian giant’s Test and one-day sides. The Board of Control for Cricket in India has also rested for the series other regulars such as Jasprit Bumrah, Mohammad Shami, Sharma and Rishabh Pant after they spent months in bio-bubbles for the Indian Premier League (IPL) and T20 World Cup.

Off-spinner Ravichandran Ashwin will lead India’s spin heavy bowling line-up which also includes rookie pacers Prasidh Krishna and Mohammed Siraj. New Zealand have included five spinners in their 15-man Test squad and will arrive in India immediately after their T20 World Cup final against arch-rivals Australia in Dubai on Sunday. The two Test teams last met at Southampton, England in June for the final of the inaugural WTC where India, led by Kohli, lost to New Zealand. The Test series starts from November 25 but the two teams will first compete in three Twenty20 matches on November 17, 19 and 21 featuring the same squad currently contesting the T20 World Cup.

Kanpur, the venue for the first Test match, is one of India’s most polluted cities, with smog levels in winter several times the maximum recommended by the World Health Organization. The noxious air rivals that of the capital New Delhi, where in 2017 members of the visiting Sri Lankan team vomited and wore pollution masks while playing. Kanpur’s health authorities are also reeling from a Zika virus outbreak, with more than 100 positive cases detected so far. Jaipur, where the first T20 between India and New Zealand will be played, also regularly has unsafe levels of air pollution.