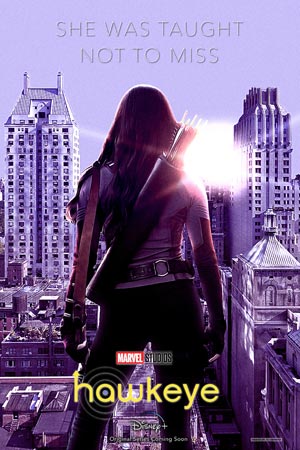 CinemaBlend’s Sean O’Connell’s impression was mixed. He said the first two episodes “are decent, but nothing that grabbed me after the first episode’s killer opening.” The Hollywood Reporter contributor Richard Newby tweeted, “Hawkeye is good, Christmasy fun. It does feel the least ambitious of the MCU series thus far. Reminds me a bit of the Netflix series. Hailee Steinfeld’s Kate Bishop is a treat and I can’t wait until she meets Pugh’s Yelena. #Hawkeye.”

SlashFilm’s Ethan Anderton wrote, “#Hawkeye is solid, but doesn’t have a plot that commands attention in the first two episodes. But where it shines is giving Clint Barton time breathe as a character, showing how he deals with being recognized as a superhero and the hardship that comes with it.”