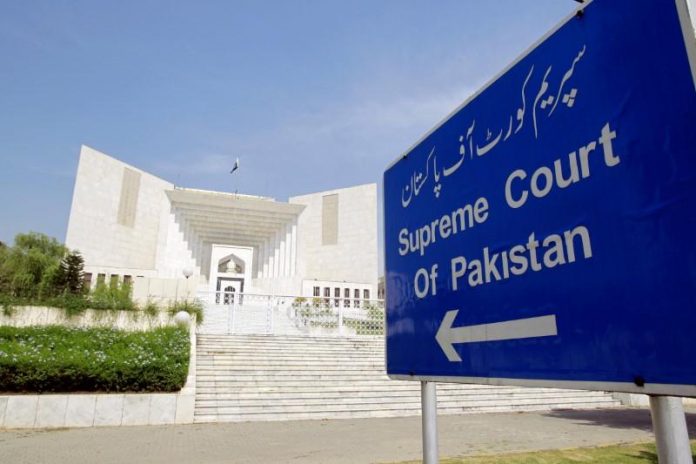 The Supreme Court on Thursday issued notices to respondents in a review petition regarding Sacked Employees Reinstatement Act case.

A three-member SC bench comprising Justice Umar Ata Bandial, Justice Qazi Muhammad Amin Ahmed and Justice Amin-Ud-Din Khan heard the review petitions filed by the government and sacked employees against the court judgment striking down the Sacked Employees (Reinstatement) Act, 2010. The court refused to suspend its judgment which led to the sacking of thousands of government employees. However, the SC restrained the government from vacating government employees from residences and also issued notices to opposite parties in the petitions. “We are not inclined to suspend the judgment,” said Justice Bandial after consulting with other members of the bench.

During the course of proceedings, the court observed that the bench which heard the original case did not issue notice to the attorney general for assistance in dismissing employees and the TORs of government employees were not taken into consideration. There was a limited seniority issue but the decision affected 16,000 employees who benefited under the 2010 Act, it added.

The counsel for sacked employees said that that the impugned judgment was reserved on 16.12.2019 but was not announced until 17.08.2021 i-e after a lapse of 20 months. The decision also called for the return of benefits and allowances, he added.

Justice Bandial asked the counsel to focus on the real issue. He asked the counsel what was his points for review? Advocate Shah Khawar said that the attorney general had prepared this case on behalf of the federation and he would assist the court over the matter.