Thousands of Afghans deported from Iran to Taliban rule 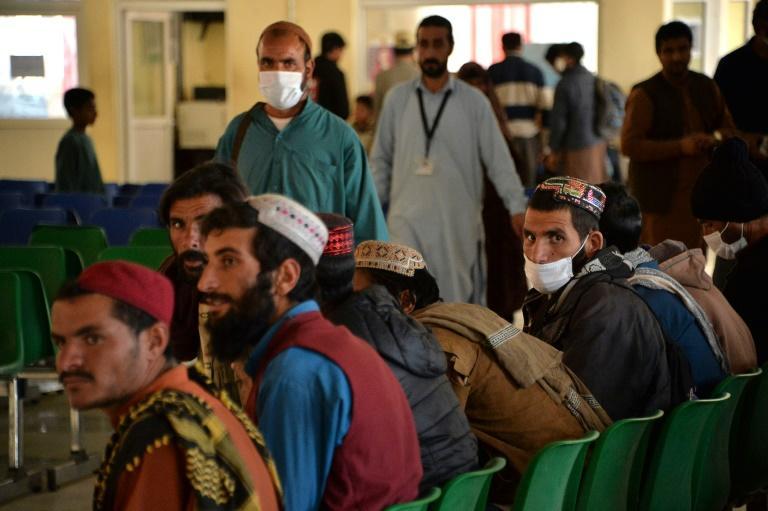 Iran is sending tens of thousands of Afghan migrants back to Taliban-ruled Afghanistan every week despite the threat of famine, aid agencies and witnesses say, with many Afghans alleging they have been mistreated by Iranian authorities.

During decades of conflict, millions of Afghans have crossed into their western neighbour seeking to escape violence and a shattered economy. The Taliban takeover of Kabul in mid-August has compounded the crisis disrupting international aid flows just as a severe drought has left more than half of the population facing acute food shortages. But, despite the dire conditions awaiting them, Iran continues to force Afghans back over the border.

Returning Afghans who spoke to media reported being held in crowded, filthy detention camps where some were beaten before being transported to the border crossing. “They did not see us as humans,” said 19-year-old Abdul Samad, who said he had been working in construction in Iran before he was deported.

Samad told at the border he was beaten by Iranian authorities in a migrant detention camp because he had no money to pay for his deportation. “They tied our hands and blindfolded our eyes with pieces of cloth, and insulted us,” he said.

The testimonies of Samad and others could not be independently verified, and UN agencies did not wish to comment on the specifics. However, the International Organization for Migration says just over one million Afghans have been sent back this year including more than 28,000 Afghans in the last week of October.

Increasing returns to the country have compounded the challenges facing Afghanistan, IOM director general Antonio Vitorino said in a statement. “The majority were deported, returning to Afghanistan often broke and broken, in need of health support, food and rest,” he said. Between October 21 and 27, the latest period for which IOM has figures, 28,115 Afghan migrants returned from Iran, and so far this year 1,031,757 have returned.

The UN migration agency, which provides assistance to those in need at the border, told last month that it had counted at least 3,200 unaccompanied children among those crossing from Iran this year. The UN refugee agency UNHCR has appealed to all nations to stop the forced returns of Afghans given the “highly volatile situation”, and has been continuing to “advocate with the government of Iran”.

Iran has always said it welcomes Afghan refugees and provides them with needed assistance, and has sent aid shipments to the neighbouring country in recent weeks. Tehran’s ambassador to the United Nations, Majid Takht Ravanchi, was quoted by Iranian media in late October as saying “we are hosting our Afghan brothers almost without receiving any new resources from the international community”.

“In addition to food, shelter, medicine, and education, we now provide Covid-19 vaccines to refugees while we are under severe and illegal US sanctions,” he was quoted as saying. Iran’s Interior Minister Ahmad Vahidi last month called on Afghans not to come to the country because “our capacities are limited”, according to the state-run Tehran Times. Those who did come to the borders were “treated with kindness and respect”, he added.

Iran, which shares a 900-kilometre (560-mile) border with Afghanistan, hosts one of the largest refugee populations in the world, made up mostly of well-integrated Afghans who have arrived over the past 40 years. According to the United Nations High Commissioner for Refugees (UNHCR), in 2020 Iran sheltered more than 3.4 million Afghans, including nearly two million undocumented migrants and 800,000 refugees.

Last month, the UN declared that Afghanistan was on the brink of one of the world’s worst humanitarian crises, with more than half of the country facing acute food shortages. Iran is facing its own economic woes as a result of US sanctions linked to its nuclear programme and devastating Covid-19 outbreaks.

“Iran cannot be expected to host so many Afghans with so little support from the international community,” said Norwegian Refugee Council chief Jan Egeland, who was on a visit to Iran this week. Afghanistan’s neighbours have called on the international community to do more to financially support the region, which has largely shielded the rest of the world from dealing with the refugee flows.

At the beginning of every afternoon, buses crowded with exhausted families arrive at Islam Qala, the Afghan side of the main border crossing with Iran. Around 20 returning Afghans at the border and in the nearby city of Herat, reported that those with no money to buy tickets home were held in detention camps. All those who agreed to talk to a reporter told tales of mistreatment.

One, named Majid, said mobile phones were taken away from the detainees so they could not document the conditions. “The camp is overcrowded, the people are very dirty. Those who have no money to buy food only get scraps of bread,” he said.

With the first chills of winter taking hold, Afghans pushed back to their homeland face an uncertain future. “We will wander here,” Abdul Samad told at the border, after being deported to Afghanistan. “We don’t know how to find money to go back to our homes.”