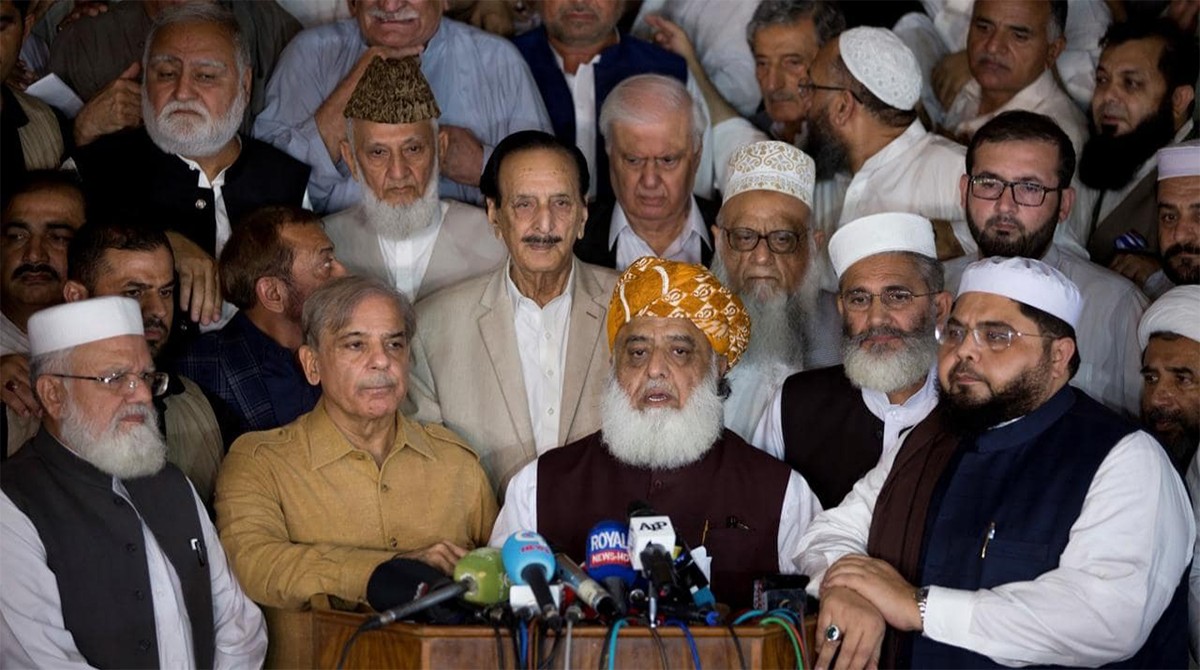 ISLAMABAD: After the government decided to postpone the joint session, the Opposition leaders started cheering up and termed the government’s decision of postponing the joint Parliament session as their victory.

Earlier, President Arif Alvi had withdrawn the order for a joint session of the parliament, scheduled for 11 am today (Thursday).

PML-N President and Opposition Leader in National Assembly Shehbaz Sharif while speaking at the Parliament House maintained that the delay in the joint session of the Parliament indicates that the government has been badly beaten on its ‘black laws’ it sought to bully through the Parliament.

“Imran Niazi should resign after it was exposed that he had lost the trust of his members and allies,” he added.

Shehbaz Sharif asserted that by putting off the joint meeting, Imran Khan had once again upheld his long tradition of taking U-turns.

“The hasty convening of the joint meeting and then the hasty adjournment shows the seriousness of the government that had made sensitive and serious issues like legislation a child’s play”, he said.

“The united opposition was constantly saying that these black laws will not be passed and the government’s own allies were not with them on this issue, and were distancing themselves from PTI completely,” he added.

He further said it looked that the previous day defeat has compelled the government to postpone the meeting. “Those claiming to compete on the field have fled the field,” he said.

The captain runs away

On the other hand, PPP Chairman Bilawal Bhutto said that the government opted out of the Parliament’s joint session as it had “foreseen its defeat”.

Bilawal while taking to Twitter said “Kaptaan bhag gaya” (the captain rans away), as he shared President Arif Alvi’s notification for the postponement of the session.

“Yet another victory for the united opposition in the Parliament today. Government ran away from joint sessions when they saw they would be defeated yet again. Kaptaan Bagh[sic] gaya.”

He had said that the president of Pakistan had issued a notification for the joint session of the Parliament but the government revoked the notification by announcing to postpone the session.

“Postponing the session is also a disgrace to the president”, he had said.

“Electoral reforms are the country’s future and we, with the best of intentions, are trying to develop a consensus on this. In this regard, [the speaker] has been tasked to hold talks with the Opposition so that a unanimously agreed upon electoral reform bill can be presented,” he had said.

The information minister said the session has been postponed in the hope that the Opposition would consider the government’s proposal seriously and work towards making a unanimously agreed-upon plan of action.

“In case this does not happen, we will still not step back from electoral reforms,” he added.