* 'What to do if she gets wind that someone is noticing me, we're at a park and kids are noticing or parents, she'll come up and grab me and she'll go, Dad, come on!' 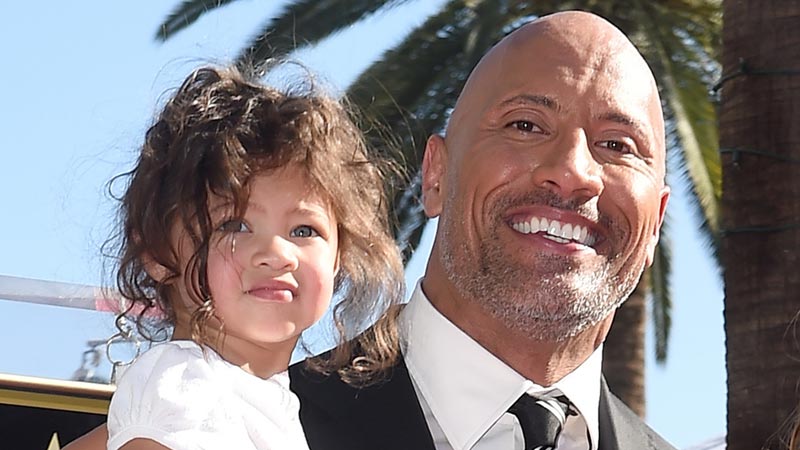 From his prolific career in the wrestling ring and on the silver screen, Dwayne “The Rock” Johnson is a big deal-and his adorable five-year-old daughter, Jasmine, knows it. It’s why she’s now happily taken on the role of publicist for her dad, organising mini meet-and-greets for fans who spot him out and about in public.

“What do is if she gets wind that someone is noticing me-we’re at a park and kids are noticing or parents-she’ll come up and grab me and she’ll go, ‘Dad, come on! They recognise you,'” the 49-year-old actor told Today’s Hoda Kotb on Tuesday. “‘Come, say hello. Come on, you’re The Rock!'”

Johnson shared that his daughter’s sweet introductions have occasionally put the actor between a Rock and a hard place, resulting in some awkward introductions with starstruck fans.

“She pulls me over to this family. And she’s, like, ‘Here. This is my dad,'” he said, mimicking his daughter’s soft voice. “And I was like, ‘Hello. My daughter wants me to come over and say hello to you.'”

Johnson shared that his daughter’s sweet introductions have occasionally put the actor between a rock and a hard place, resulting in some awkward introductions with starstruck fans

Kotb couldn’t contain her reaction to the overwhelming cuteness, shaking her head as she said, “I want to cry.”

When they’re not changing the lives of fans or going on fishing trips with their father, Johnson’s two youngest daughters, Jasmine and Tiana Gia, 3, are talking about their newfound Disney obsession-and it’s not Dad’s Moana.

According to Johnson, who drives them both to school, the girls have a simple request every morning: “‘Daddy, can you put on The Descendants?'” He said. “And I say yes.”

Johnson has shared his daughter’s hilarious reactions to his fame in the past, including how Tiana initially didn’t believe he was the voice of Maui from Moana. Once she did, she had a very important question. “‘Daddy do you know AquaMan?'” He wrote in a post on Instagram.

The question led her to receiving a sweet message on her 3rd birthday and a care package from Jason Momoa himself.

“I can’t thank my brother @prideofgypsies enough for making this adoring 3yr old’s birthday the best EVER,” he wrote on Instagram about Momoa’s surprise gift. “Her reaction is priceless and what it’s all about.”